The Australian Foreign Minister isn't budging on her country's tough stance on the detention and deportation of New Zealanders. 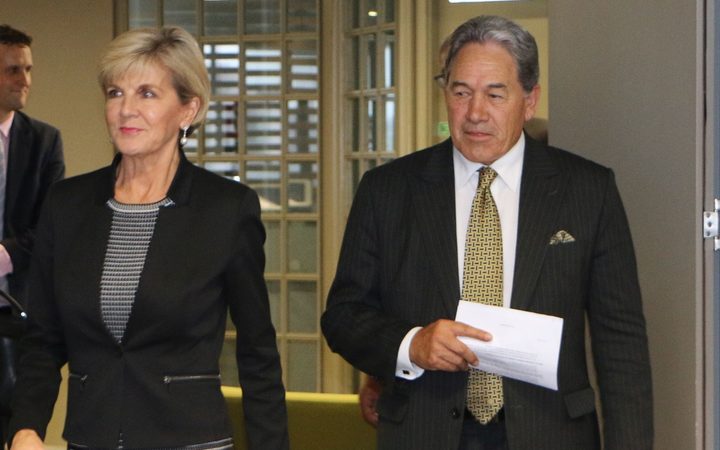 Julie Bishop was in Auckland yesterday for formal talks with her New Zealand counterpart, Winston Peters.

The New Zealand Government has previously raised concerns about New Zealanders being treated unfairly as a result of Australian immigration policies that mean non-citizens can have their visa cancelled if they fail a good character test.

Ms Bishop said the policy applied to everyone, and New Zealanders were not being singled out.

But she said there were ongoing discussions with the New Zealand Government about it.