Now is not the time to be making decisions about the future of New Zealand's deployment of military personnel in Iraq, the Foreign Minister Winston Peters says. 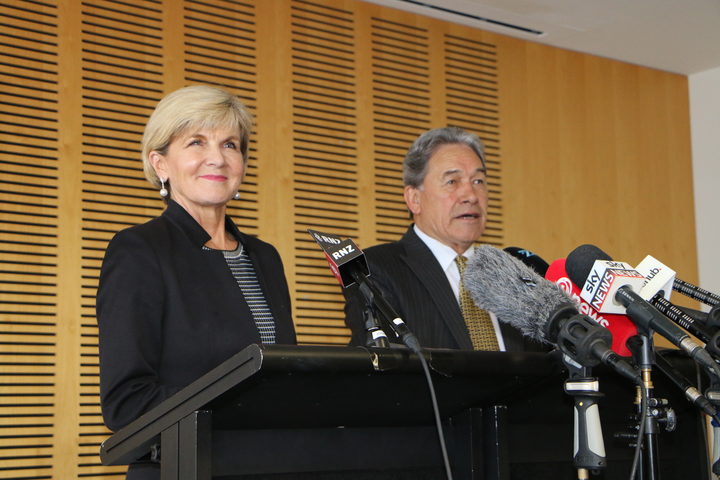 The issue was among those discussed during formal talks between Mr Peters and his Australian counterpart Julie Bishop.

The pair met on Waiheke Island this morning for their regular, six-monthly catch-up.

It was the first time they had met since the APEC meeting in Vietnam late last year.

Mr Peters described the meeting as "fruitful", especially ahead of higher level talks between the Prime Minister Jacinda Ardern and her Australian counterpart, Malcolm Turnbull, in Sydney next month.

Ms Bishop described New Zealand as an "essential partner" for Australia, particularly in the Pacific.

Australia and New Zealand have been involved in a joint training mission at Camp Taji in Iraq. New Zealand has about 110 personnel deployed there, training Iraqi security forces.

Mr Peters said while the issue was discussed with Ms Bishop, he did not articulate a decision on whether that mission would continue beyond that point.

He said that would be something that would be talked about further when the New Zealand and Australian prime ministers met, and he could not answer questions about what would happen.

"The reality is, we have not had a definitive request from the [Iraqi] Government and as a consequence, that is not a question we can answer at this point in time."

Ms Bishop said she would be attending a meeting in Kuwait next week, hosted by the US Secretary of State Rex Tillerson, where she expected the Iraqi Government would provide a better idea of its future needs.

Labour, New Zealand First and the Greens all opposed the deployment while in Opposition. 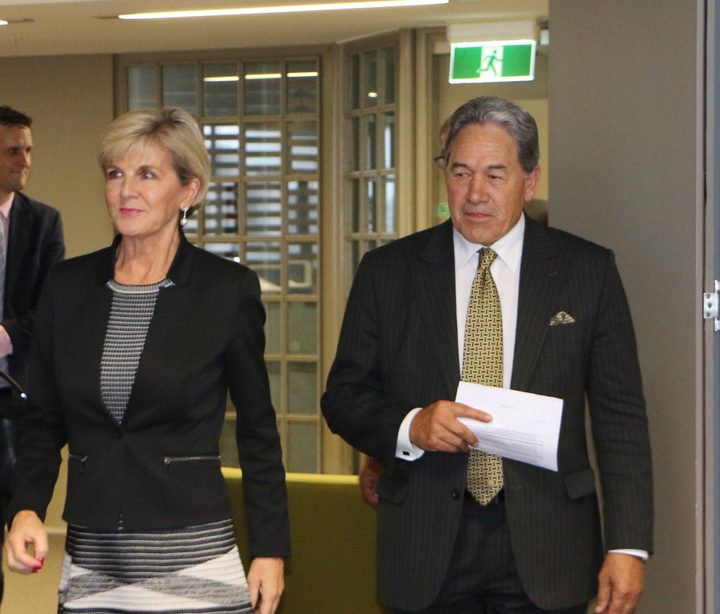 But Ms Bishop reiterated her government's position that it would be looking at other options first.

"Australia is focussed on ensuring that our arrangement with the United States can be completed, there-after we will consider other options and other options are available to those who have been found to be refugees."

Those options included being resettled in Nauru, Papua New Guinea or Cambodia. Ms Bishop said those who were found not to be genuine refugees should return home.

Meanwhile, Ms Bishop said she has moved on from an incident during the election campaign, in which she said she would find it very difficult to build trust with a Labour-led government in New Zealand.

That was after the Labour Party here became embroiled in a trans-Tasman spat in the lead up to the election over the Barnaby Joyce citizenship controversy.

But Ms Bishop said the issue was dealt with at the time with the now-Prime Minister Jacinda Ardern and they've put it behind them.

"Australia and New Zealand have the deepest and closest of relationships, we see New Zealand as our essential partner and natural partner, and that will continue," she said.

Ms Bishop described their conversation as in-depth and delightful.