Sending a communications specialist to the shores of Loch Ness to accompany a scientist searching for a mythical monster was the right step to take, the University of Otago says, after a report in Otago's student magazine branded the high-profile project "embarrassing and expensive". 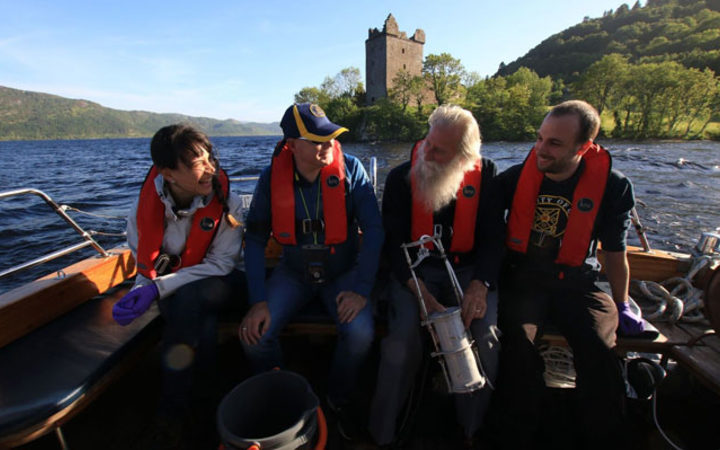 The university sent a member of staff to help scientist Neil Gemmell deal with media queries while he was in Scotland at the start of June.

Prof Gemmell was there collecting environmental DNA samples of the water to create a profile of the creatures living there.

Dubbed a hunt for the Loch Ness monster, the process attracted attention from media in the UK, Australia, the US and Europe.

Otago University came under fire in an opinion piece published in Critic Te Arohi this week for sending the communications staff member and for the publicity around the project, which it said made the university look like "crackpots".

Head of communications Megan McPherson hit back at Critic yesterday, saying Prof Gemmell's work in the field of eDNA, the university, and probably the city of Dunedin, had all received a publicity boost.

Despite Critic labelling the project "embarrassing and expensive", the amount spent sending a communications team member to Scotland had been less than $3700, and the staff member's inclusion freed the scientists to do their work.

"The initial press release about the research project to Loch Ness achieved far more international interest than the university and Prof Gemmell expected," she said.

"And it is important to note, this release was no different to any other the communications office would produce for a research project from the university."

Prof Gemmell, who is travelling to France today to help analyse the eDNA samples, said his team of scientists was "dubious" the fabled beast existed, but the scientific endeavour would document the life in Loch Ness in unprecedented detail.

The popularity of the myth also allowed the scientists to communicate what they were doing to new audiences.

"The opinion piece [calls] into question the scientific integrity [and] credibility of my team, many of whom are internationally acclaimed for their research," he said.

This story originally appeared on The Otago Daily Times.