Most monster lore is a product of wild imaginations, a little hysteria and a healthy dose of cultural mythology. Although it is easy to dismiss such mutant beasts as purely fictional, it can be much more difficult to disprove the existence of these hidden animals, known as cryptids. 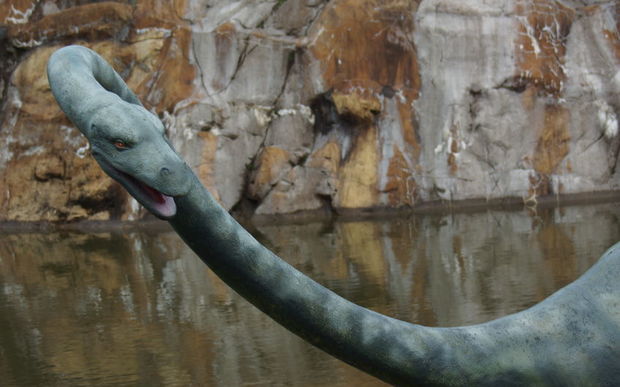 People have been creating images of the Loch Ness Monster for years. Photo: 123RF

For example, widely dismissed as a hoax, the red-eyed Jersey Devil reportedly reared its head (and winged kangaroo-like body) as recently as a few weeks ago in the US state of New Jersey.

"I don't think it's real," said Bill Sprouse, a descendant of Deborah Leeds, the woman at the centre of the Jersey Devil myth.

According to the legend, the New Jersey Pinelands woman was unhappy with the pregnancy of her 13th child - perhaps because she could not afford to feed another mouth - proclaiming it "the devil's child".

But Mr Sprouse believes the whole story started as a family joke. "It never occurred to me that I'd need to debunk this."

Similarly, stories about a monster living in Loch Ness have circulated for thousands of years.

Mythical sea creatures known as kelpies, for example, have prevailed in Scottish folklore for centuries, with many sightings occurring at Loch Ness, explained Loren Coleman, director of the International Cryptozoology Museum. However, the factual nature of these "Nessie" sightings is questionable.

Both New Jersey and Loch Ness are both relatively accessible, which could account for the regular sightings of both areas' respective monsters. But other cryptids' native habitats remain practically off limits, making them even more elusive, harder to disprove and even potentially dangerous.

The three-fingered, three-toed dodu, for instance, hides deep in the forested areas of Cameroon. The purported hairy hominid is "extremely elusive", never captured on camera or documented by researchers, but has been spotted by local indigenous people, said John Kirk, president of the British Columbia Scientific Cryptozoology Club.

"The people who live in that region are not rich," Mr Kirk explained. "They don't have cameras. The vast majority of them have never had the opportunity to operate a camera."

But the locals have stories - plenty of them. And the eye-witness accounts are gruesome.

Mr Kirk relayed a story told to him by a local guide, in which a dodu reportedly hunted an animal, skinned it and left it to rot and become covered in maggots before it returned to feast on the maggots days later.

"This is a very vicious animal, and humans should stay away from it," Mr Kirk warned. "They're very aggressive toward gorillas and chimpanzees."

On top of all that, the woods are plagued with dangerous poachers and smugglers, Mr Kirk said, describing one incident when bird poachers arrived at his group's campsite demanding beer and money.

"We take substantial risks when we travel," he said, urging cryptid fans to abandon their search for this bipedal primate all together and instead stick with more tourist-friendly monster locations.

But, as Mr Kirk admitted, the dangers that lurk in cryptid territories will never completely deter die-hard monster hunters like him who live for shedding light on the unknown.

"Our belief is that everything is to be explored."