An Otago University professor believes he can solve one of the world's great mysteries in just a matter of months. 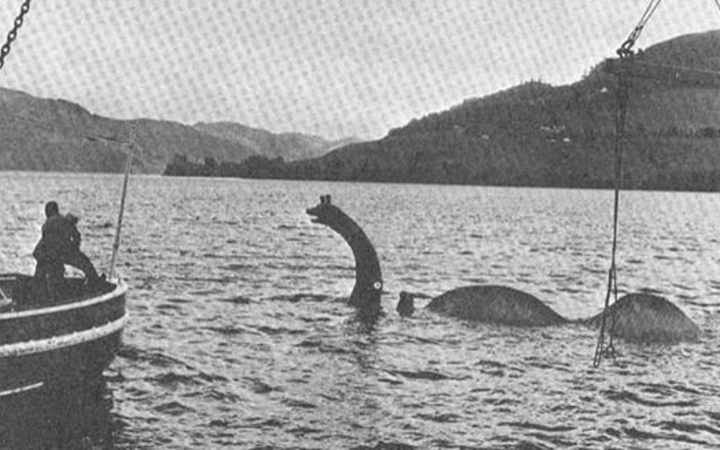 The long lost model of Nessie used during filming of 'The Private Life of Sherlock Holmes' released in 1970. Photo: SUPPLIED/Kongsberg

Originally Scottish folklore, the myth of the Loch Ness Monster, or Nessie as it's become affectionately known, took the world by storm in 1933 when a local newspaper reported a sighting of it. It is said to inhabit the largest body of fresh water in the UK but it's existence has never been scientifically proven.

University of Otago professor Neil Gemmell believes he can change that, and this June will lead a team of scientists to uncover what lies beneath the waters of Loch Ness.

Growing up in the 1970s, while the world was fascinated by stories of unexplained and far-fetched phenomena like the bermuda triangle, Professor Gemmell was no different and always had a soft spot for the tale of the Loch Ness monster.

He had always wondered whether science would be able to provide answers for such mysteries.

"I've had that mysticism in my mind as I've gone through my journey as a scientist, I don't believe there's anything out there that science can't explain but, you know, maybe."

While working in the field of environmental DNA, he said it occurred to him if the Loch Ness monster was real, it would potentially exude DNA, which could be detected in the water.

Throwing his thoughts into the wild west of Twitter, after six months he was approached by a reporter in the UK who came across his tweet and thought it was an idea worth, at the very least, a yarn.

The story went viral and Mr Gemmell soon had a team of scientists who were ready to follow him to the Scottish highlands to uncover the mystery.

"I had two choices. I had the choice of saying, 'Well this is an interesting idea and someone will do it eventually', and just sort of walking away from it, but I decided to embrace it. And the reason I decided to embrace it is that my children, and their friends, think this is the coolest thing their dad's ever done."

Following an article about the project in the British media, he gave a talk at his children's school and while they were sitting at his feet hanging on every word, it struck him it was an amazing opportunity to connect the public to real-world science in a novel way.

He will take a team of scientists to Scotland in June to take water samples from Loch Ness.

The samples will be filtered and DNA exacted, giving them a representation of all of the DNA present in the water. They will then be sequenced, using technologies developed for the human genome.

They will then collate a list of all life in Loch Ness, comparing it to other sites.

"One possibility is that there's something in that water sample that is not known to science, maybe a monster, but I doubt it," said Professor Gemmell.

"I think it's extremely unlikely, it's not a very plausible idea that somewhere in the far north of Scotland there's a plesiosaur still kicking around in a lake because that loch was completely iced over only 10,000 years ago."

He had many questions.

One hypothesis was that it's perhaps a giant fish or a giant sturgeon that people were seeing.

Or, it's simply something mythical that science can't prove, he said.

"Monster or not, it's going to be an interesting project."

By the end of the year the world would finally have a fairly detailed answer about what actually is in the famous waters of Loch Ness.

A group of "very serious scientists" had approached Professor Gemmell to uncover the truth behind Big Foot but he would stick with Nessie.