A high-tech marine drone scouring the depths of Scotland's Loch Ness for one of nature's most elusive beasts has found a "monster". 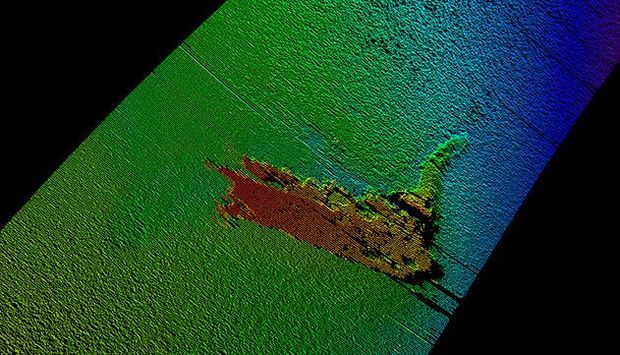 The Kongsberg underwater survey uncovered the remains of the Loch Ness monster model (sonar image) on the bottom of the Loch Ness, 180 metres down. Photo: SUPPLIED/Kongsberg

The find was made by a Norwegian Autonomous Underwater Vehicle (know as Munin) which has been carrying out the most detailed study of the Loch's icy depths to date.

Loch Ness & Morar Project leader Adrian Shine said the team made an exciting discovery on the way to a deep area of the loch known as Nessie's Lair. The Munin, a self-navigating craft, sent back images that showed a 30-foot, long-necked shape lying on the loch bed. 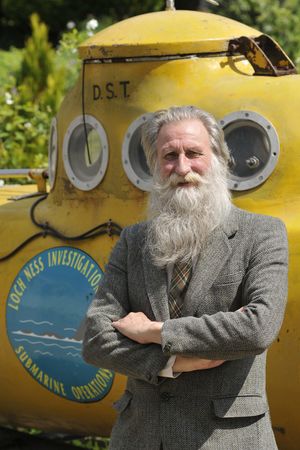 He said the story goes that Billy Wilder, who was the director of the film, had ordered that the humps of the creature be removed. However, the humps had provided the buoyancy for the Nessie prop.

"When it was towed out by the ... small submarine, it sank - and that was that.

"It has been undisturbed and undiscovered since 1969. And when we looked at it I can't see any humps on it, so maybe there is some truth in that story," Mr Shine. 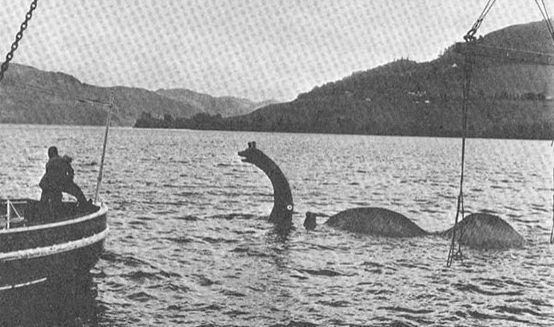 The long lost model of Nessie used during filming of 'The Private Life of Sherlock Holmes' released in 1970. Photo: SUPPLIED/Kongsberg

The Private Life of Sherlock Holmes starred Robert Stephens as Sherlock Holmes, with Colin Blakely as Dr Watson. In the film the duo attempt to solve the mystery of a missing engineer which took them to Scotland and Loch Ness. The British Navy, Queen Victoria, and Holmes' brother Mycroft all feature in the film, which was released in 1970. 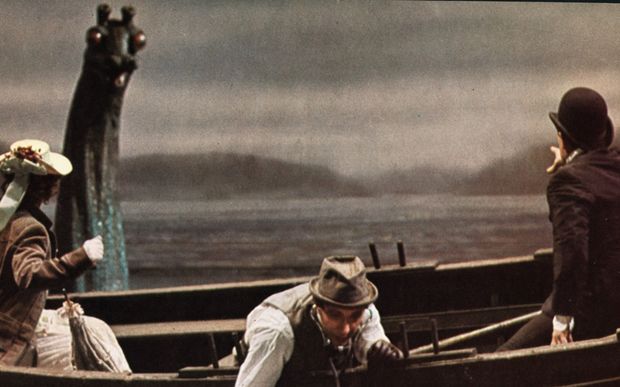 The researchers from Kongsberg Maritime have been gathering scientific information on the loch's ecology and the potential for a monster as part of Operation Groundtruth.

Mr Shine said the team knew the model was somewhere in the loch, but did not expect to come across it so soon in their investigation, and they had not decided if they would try to bring the prop to the surface.

Meanwhile the Munin would continue to scour the loch bed in high-resolution, and in close-up, and Mr Shine said he hoped it was not the last thing the team found.

"It's unlikely it (Munin) would find Nessie, unless Nessie finds it."