Flags at half mast, The Last Post, voices raised in song - Dawn services have been held across New Zealand today to remember those killed in war and the tragic circumstances that led them there. 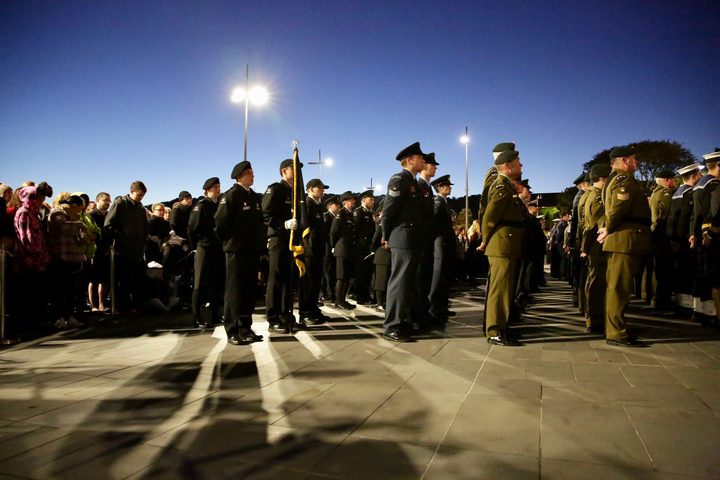 Anzac Day pays tribute to New Zealand and Australian soldiers who have sacrificed, sometimes with their lives, in war and serves as a reminder of the tragedy of such conflict.

It's the 103rd anniversary of the Gallipoli landings during the First World War, and this year also marks a number of battles on the Western Front culminating in the Armistice which was signed in November 1918.

There were 30,000 New Zealanders who died in both world wars.

Auckland was billed to be hosting more than 80 events during the day, but the big one was the dawn service at the War Memorial Museum. At least 5000 people have showed up to the dawn service, spilling out onto the grass around the Court of Honour.

Vietnam war veteran Miki Apiti gave a Karakia as the ceremony began. "We will remember them" echoed out after the dedication read by students of Saint Kentigern College.

Prime Minister Jacinda Ardern was there with her partner and other guests including Auckland mayor Phil Goff and National Mp Judith Collins.

Ms Ardern laid a wreath there as the crowds gathered around the Court of Honour.

"I've been coming to Anzac services since I was a little girl with my family and so that part of the tradition for me certainly hasn't changed but obviously my role certainly has," she said.

"The chance today to lay a wreath on behalf of all New Zealanders, I certainly felt humbled by that experience."

An ode was also read - first by Miki Apiti in te reo then in English by Pat Killalea. Both served in Vietnam. 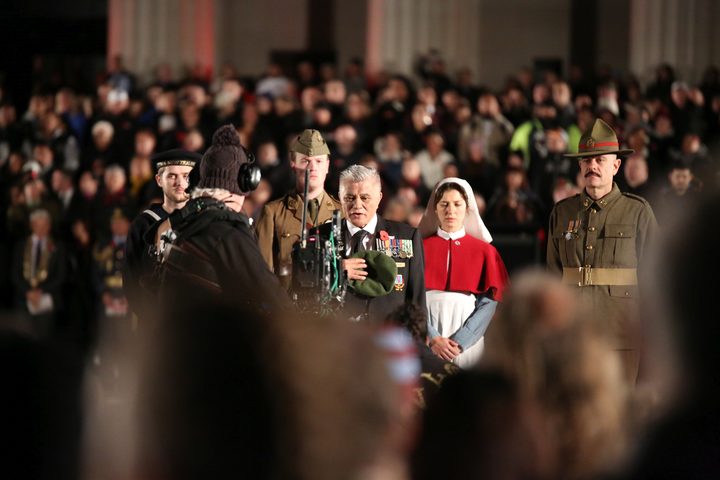 Auckland mayor Phil Goff said those gathered did not do so to glorify war.

"Rather, we come here to pay tribute to the courage and steadfastness of our Defence personnel."

He said that for many it was a time for reflection. He reflected on the family he had lost in war, including two great uncles in the Great War and a nephew in Afghanistan in 2007.

"Let us make sense of that sacrifice," he told the crowd. 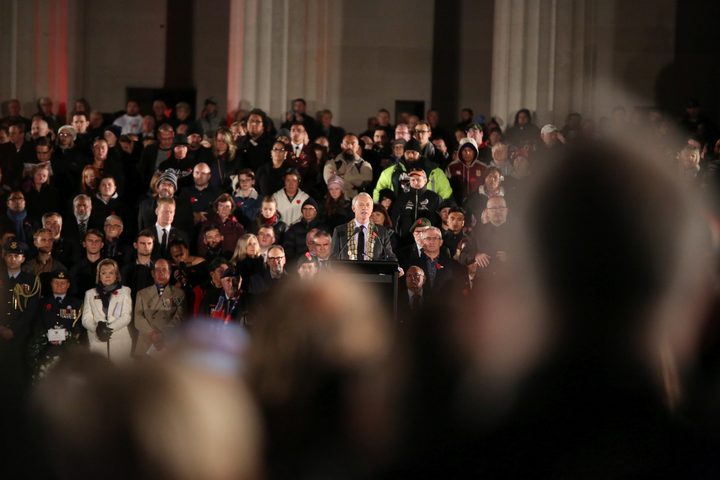 Veterans at the dawn service included soldiers from WWII, the Vietnam War and others including more recent conflicts in Bosnia, Solomon Islands and Iraq.

Rosemary Allen, who was at the Auckland service, said she first began coming to dawn services with her father who served in the Second World War and had done ever since.

"It's my day I remember my dad more than any other day and actually remembered my mum today because she always used to sing her heart out and hardly anybody sings anymore, here," she said.

"Rosemary means remembrance so I pick one from my garden and pop it up there every year." 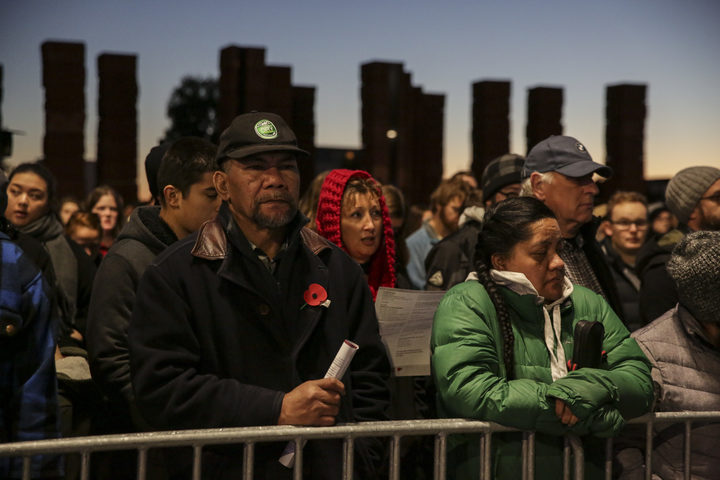 Chief of the Defence Force Lieutenant-General Tim Keating gave a moving speech to the large crowd gathered there.

"These morning ceremonies have become far more than just remembering Gallipoli," he said.

"For many New Zealand families though, Anzac Day will bring to the surface the pain and grief of the loved ones who are remembered. 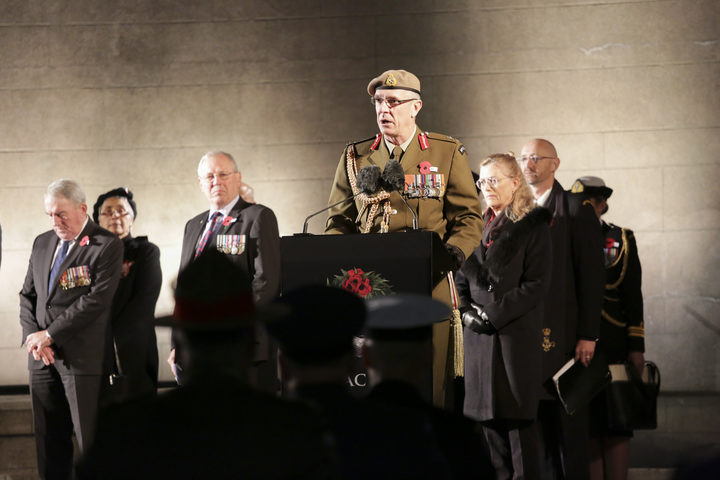 "And that grief will especially be raw with those coping with recent bereavements from Afghanistan.

"Over more than a century New Zealanders have shown that when necessary we will put aside our peacetime lives to defend those values that our nation holds most dear.

"We do not, as New Zealanders, seek to glorify war. But we can acknowledge the courage, commitment, the sacrifice of those who serve their country with honour and with pride.

Lt-Gen Keating said it was important to remember the enormity of what the Defence Force asks of its servicemen and women to serve their country. 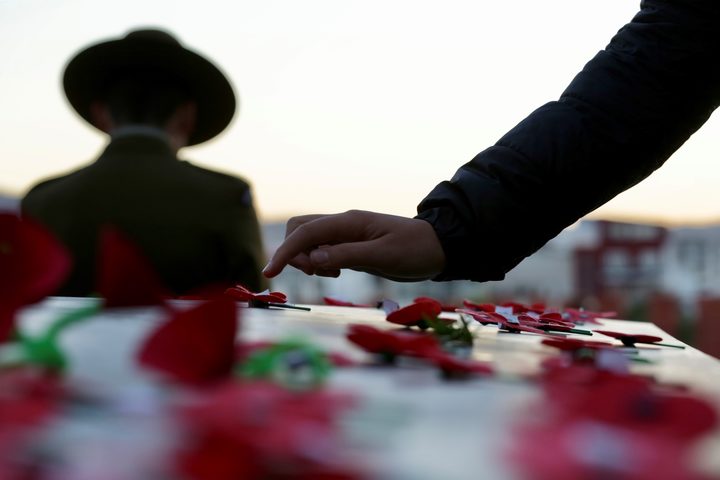 The dawn service was followed by a civic ceremony before midday, featuring a large youth turnout with representatives from New Zealand, Australia and Turkey.

There was a flyover, and delegations from several countries in attendance.

Services were also held around Christchurch, with a dawn ceremony at Cranmer Square. Wreathlayers included military personal, Australian and Malaysian government representatives, St John as well as the Christchurch RSA. 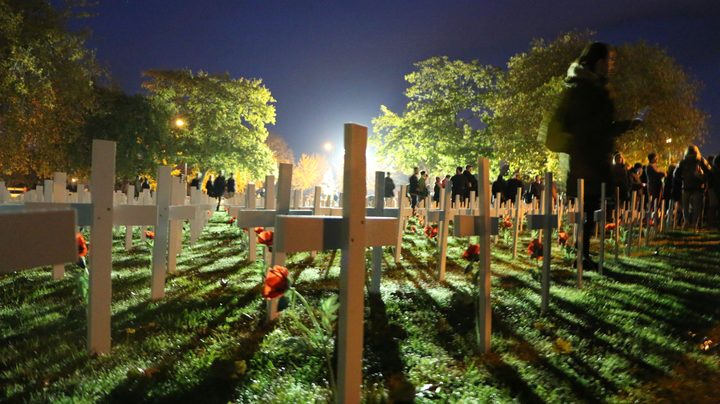 In Christchurch, 4398 crosses and poppies were laid out at Cranmer Square. Photo: RNZ / Logan Church

One of the veterans who marched to the square this morning, 90-year-old Ross Clarke, served in the Korea and Malaysia as part of the army, where he worked as a signal communicator.

He said Anzac Day was an opportunity for him to remember army mates who were no longer with him.

"Brings back old memories. I remember my old mates that I used to get involved with. A lot of them are dead now but I'm still surviving at 90 and I hope to go on for a while yet." 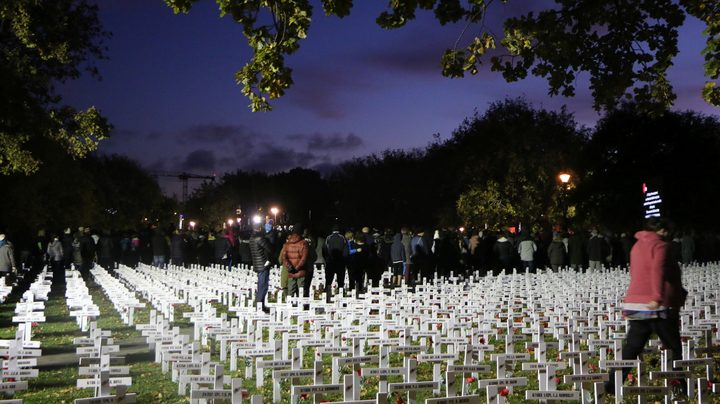 In Hamilton, it was a muted and calm atmosphere as the dawn service started, with about 3000 people attending.

A parade including veterans marched from Knox Street down Anzac Parade to Memorial Park and the Cenotaph.

The Hamilton RSA's Padre, Lieutenant Colonel Don Oliver, drew attention at the service to acknowledgement of the trauma many of those who had survived war faced.

"Those veterans who returned from military deployments often carrying, unseen, the deep mental scars and trauma of what they had experienced," he said.

Lt-Col Oliver says the RSA theme for this year, that not all wounds bleed, recognised that.