New Zealanders and others on a tour group had to flee a burning bus that was enroute to Anzac Day commemorations in Gallipoli. 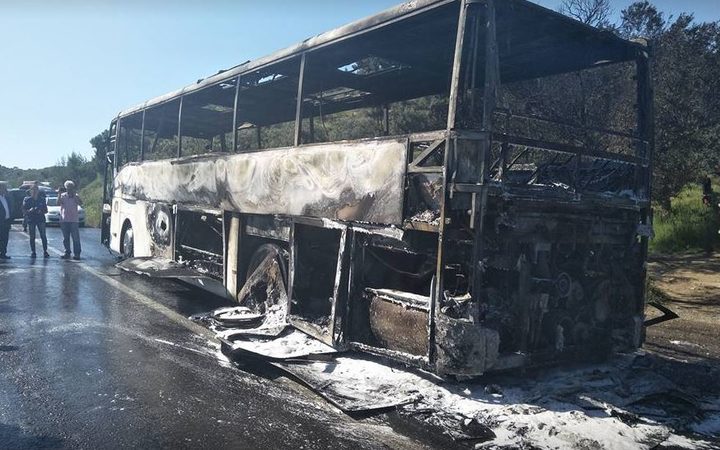 The tour bus caught fire as it was heading to the Anzac Day services in Gallipoli, Turkey. Photo: Supplied to RNZ

The tour bus caught fire as it was heading to the Anzac Day services in Gallipoli, Turkey.

The bus was completely gutted by fire, and luggage in the hold destroyed. 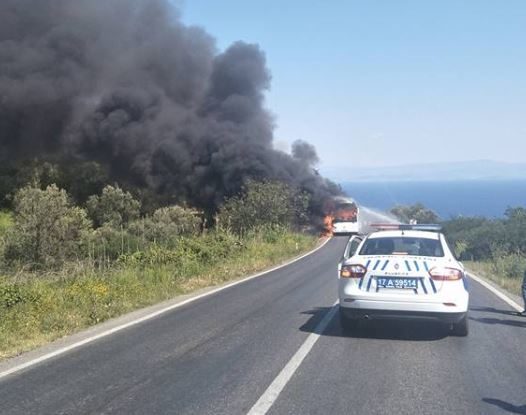 The bus on fire. Photo: Supplied to RNZ

The Ministry of Foreign Affairs and Trade said it understood 15 New Zealanders were onboard the tour bus. 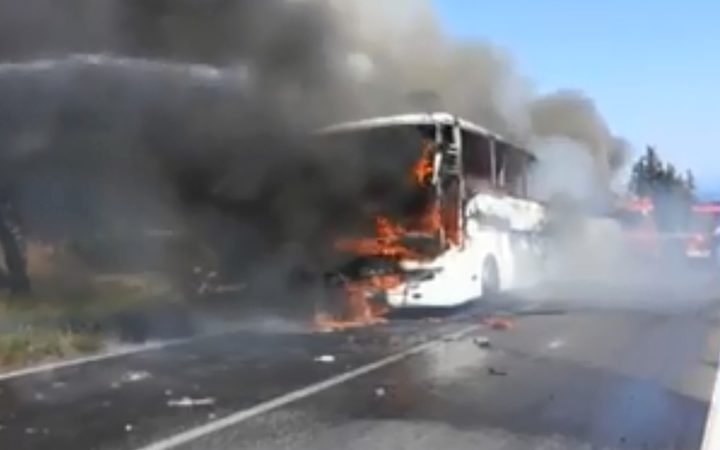 New Zealanders and Australians were on this tour bus which caught fire in Turkey as it was heading to Anzac commemorations in Gallipoli. Photo: Screenshot / Channel 9

One New Zealander in the group, said everyone was alright but many had lost their belongings.

Their travel guide, the New Zealand and Australian embassies, and Turkish people had all been very good to them - quickly making new travel arrangements, she said.

But the woman said many people were stressed about getting new passports to fly out of Turkey, with most due to leave on Friday.