Andrew Little, the Minister responsible for the Pike River Mine re-entry, says he went into the mine's drift today to demonstrate a safe re-entry is possible. 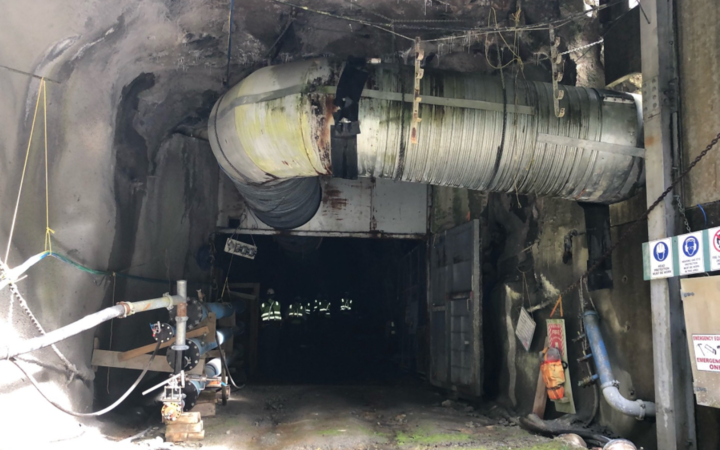 This morning Mr Little went 30 metres into the mine's main entry tunnel with Pike Family representatives Anna Osborne and Sonya Rockhouse - who both lost a family member in the 2010 disaster.

The mine's drift is sealed at the 30m mark, to stop methane leaking out.

Mr Little said it was an emotional journey.

"It was a bit of a milestone, we wanted to go up to the mine portal and the drift to have a look, and to understand the magnitude of the task that now lies in front of us. So it was good to do that with two of the family representatives, knowing the job that we have ahead of us."

He said in the 11 weeks since the coaltion government formed the Pike River Recovery Agency there had been real progress on plans for a safe re-entry and today proved that.

Mr Little said a manned re-entry of the mine's drift, beyond the seal visited today, was still expected to be done by March 2019.

Ms Osborne said being allowed to go 30 metres down the mine's main entry tunnel today was a significant milestone.

Ms Osborne, whose husband Milton died in the 2010 mine explosions, said today she was closer to her husband than she's been since the last day he last walked into the mine.

Ms Osborne said it broke her heart to be there.

Ms Rockhouse, who lost her son Ben in the disaster, said travelling down to the seal brought up a lot of emotions.

"It was amazing, it was very emotional. Anna and I stood there and put our hands on it and put our faces up against it and just closed our eyes and had a cry."

Ms Rockhouse said this was the furtherest the families had ever been down the mine's drift - and was something they had waited a long time for.

While on the West Coast, Mr Little was meeting families of the 29 men who died in the 2010 mine disaster.

A spokesperson for some of the families, Bernie Monk, said it was important they be kept up to date with how work around the mine's re-entry was going and today's meeting would allow for that.

Mr Monk said they had been kept in the dark under the previous government.

Meanwhile the National Party spokesperson for pike re-entry, Chris Finlayson, said Mr Little should let the government-appointed panel of experts looking into re-entry do their job, without trying to influence their decision.