The leaked footage of a fully intact and clothed body down the Pike River mine has come as no surprise to the families. 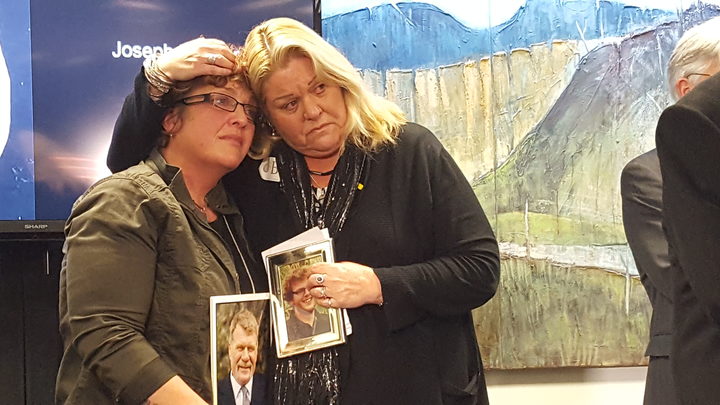 Anna Osborne's (left) husband died in the mine, while Sonya Rockhouse lost her son in the accident Photo: RNZ / Craig McCulloch

A documentary maker is wanting to release the footage as part of a documentary into the life of the late union leader Helen Kelly.

Filmmaker Tony Sutorius said the footage was taken four months after the original disaster and after the explosions and fires were out.

The spokesperson for some of the Pike River families, Bernie Monk, said the families had known about the footage for a long time.

"I think New Zealand have now accepted where we've been coming from, all we're doing is, we're just keeping everyone on everything that's getting done.

"The coalition government have always said they wanted transparency on all this, so we'll give them transparency and we'll show them some of the things we've got."

Mr Monk said the footage was brought up in the commission.

He said it was just sad the families had to dredge up what had happened, so they could get justice.

The government last year said it was confident of re-entering the mine, despite officials highlighting the dangers.

It opened the agency overseeing entry into the Pike River Mine in Greymouth earlier this year.