Tornadoes have caused damage to homes in two North Island towns and power has been cut to about 12,000 people as the storm moves towards Auckland. 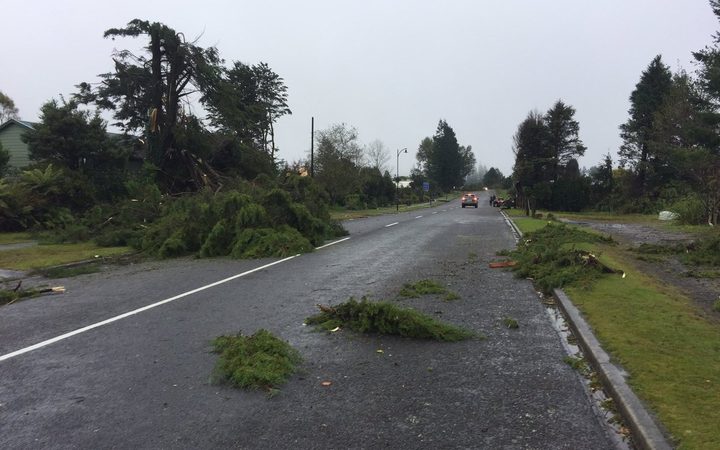 An active front from the west brought severe thunderstorms, hitting Taranaki this morning and was set to move up the North Island throughout the day.

Police said a tornado hit Rahotū, north west of Ōpunake, Taranaki, at 7.20am.

Some homes were nearly destroyed and several had their roofs torn off. At least nine schools in the area closed for the day due to the weather.

People in National Park Village also reported a tornado had swept through, downing trees and power lines. Ruapehu Civil Defence said one unoccupied house on the corner of Turner Place and Buddo Street was destroyed. 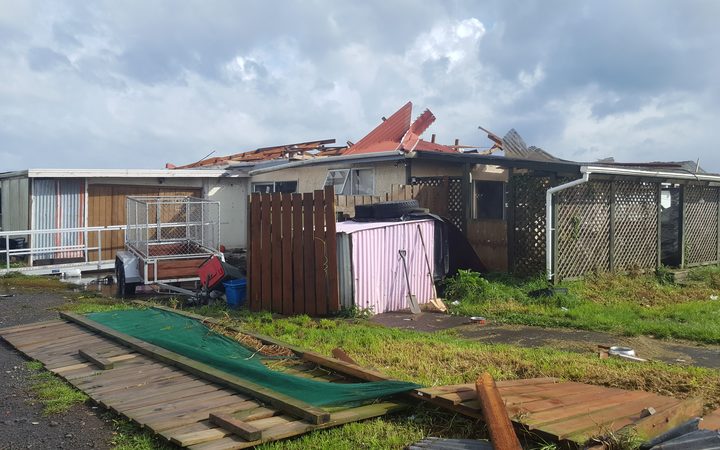 Two other unoccupied houses in Turner Place had partial roof loss, it said.

Nine flights in and out of New Plymouth Airport have been cancelled due to bad weather this morning, including Jetstar and Air New Zealand services.

More than 13,000 lightning strikes hit Taranaki this morning, with more than 4500 within an hour after 7am. Power cuts were already affecting about 12,000 properties in New Plymouth and the wider Taranaki region.

Thirteen areas along the west coast of the North Island were affected by cuts including Stratford, Hawera, Patea and Matahiwi.

Powerco Network Operations Manager Phil Marsh said the storm was expected to peak about 3pm today and would continue until early tomorrow morning. 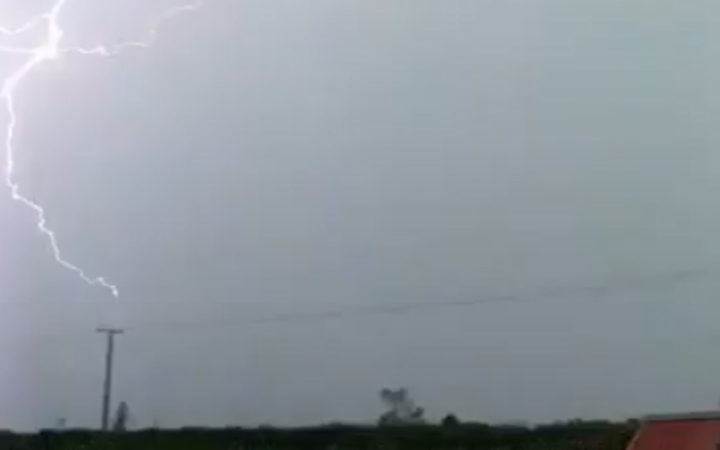 Around 4500 lightning strikes have hit Taranaki in one last hour. Photo: Twitter/@finer_kjf

MetService warned the thunderstorms were heading towards Auckland, and strong winds, heavy rain and lightning strikes were affecting the city. The forecaster said Waiheke Island was in the firing line, with torrential rain and dangerous cloud-to-ground lightning.

Do you have any weather photos or videos to share? Send them to us: webnews@radionz.co.nz

MetService severe weather forecaster Andy Downs said the front would bring thunderstorms up the country, through Waikato, to Auckland and Northland along with potentially damaging wind gusts and heavy rain.

Mr Downs said the worst was yet to come, as the low moves in.

Flooding was starting to affect parts of Wellington

"That's likely to bring severe gales to northern parts of Westland, Buller, the Marlborough area - particularly the marlborough Sounds - Kāpiti Coast, Wellington, all the way through the Waikato to Auckland as this low moves north.

Mr Downs said winds from the low could be strong enough to bring down trees and affect powerlines.

Niwa forecaster Chris Brandolino said the stormy weather was expected to get worse in the North Island later today.

"And then we get into this one to three-hour period, not very long but very sharp, where wind gusts could approach or even exceed 120 clicks.

"That of course could cause damage, power outages, so we're looking across much of the upper North Island in particular, west coast side, which will bear the brunt of the strongest wind gusts.

He said motorists should drive to the conditions and if necessary pack extra food, warm clothing and blankets in case of emergencies or delays from road closures.

Auckland: High of 21°C and low of 9°C. Showers, heavy with squally thunderstorms during the morning. Strong westerlies, gale from evening.

Hamilton: High of 19°C and low of 5°C. Rain, heavy and thundery, turning to showers in the afternoon. Strong westerlies, gale for a time.

Christchurch: High of 9°C and low of 3°C. Rain turning to sleety showers in the afternoon. Strong southwesterlies.

Dunedin: High of 9°C and low of 5°C. Sleety showers with possible hail and strong southwesterlies.

Queenstown: High of 8°C and low of 1°C. Morning snow showers, then sleet.