Thousands of public hospital nurses are likely to go on strike after voting to reject a new pay deal.

About 27,000 registered nurses and midwives around the country voted on the offer from the country's district health boards, which offered a wage hike of 2 percent, backdated to November, followed by a further 2 percent in August.

But nurses, midwives and others have just said they will not be ratifying the deal.

Nurses and midwives have voted overwhelmingly against the offer, and their union, the Nurses Organisation, said negotiations were now at an impasse.

Its industrial services manager, Cee Payne, said she believed a strike is likely.

"I would say that it is likely insomuch as we've been talking about it," she said.

"We're hopeful though, and have made this point before too, we're hopeful that the government and employers will see the need to step into this dispute and assist the lawyers to be able to address the members' concerns around pay and staffing."

The union added that its preference was to have the DHB multi-employer pay deal settled and that industrial action was the last resort if it is not settled.

DHBs spokesperson Ashley Bloomfield, told reporters it was disappointing but they would seek an urgent meeting with nurses to find a way forward.

"We're aware of the pressure that many nurses are under in their work and we are very keen to find a way forward that will help to address the issues even though we may not be able to do everything the nurses are looking for at once." 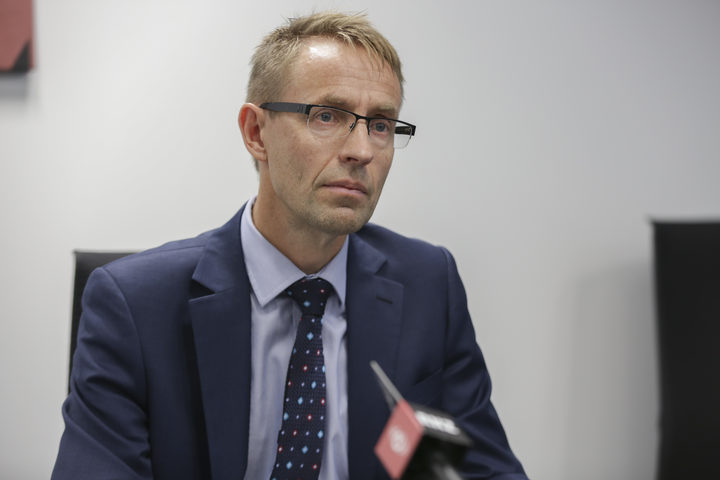 Prime Minister Jacinda Ardern urged DHBs to set up an independent panel to break the impasse.

She said she knew nurses and the public would want every avenue to be explored to avoid nurses going on strike.

"I'd like to see DHBs to put forward a process to unlock the impasse, which involves an independent panel being established which will review the barriers and make recommendations to both parties.

"This of course is subject to the [union's] agreement".

A Wellington nurse, Freya Head, told reporters this afternoon that many nurses were running on an empty tank, and it couldn't continue.

The union will discuss in mid-April the need for a ballot over strike action and what form that might take.

RNZ understands if a strike ballot is held, the earliest any strike action could take place is eight weeks from now.