Health Minister David Clark has instructed his officials to look at what can be done to get more graduate nurses into jobs. 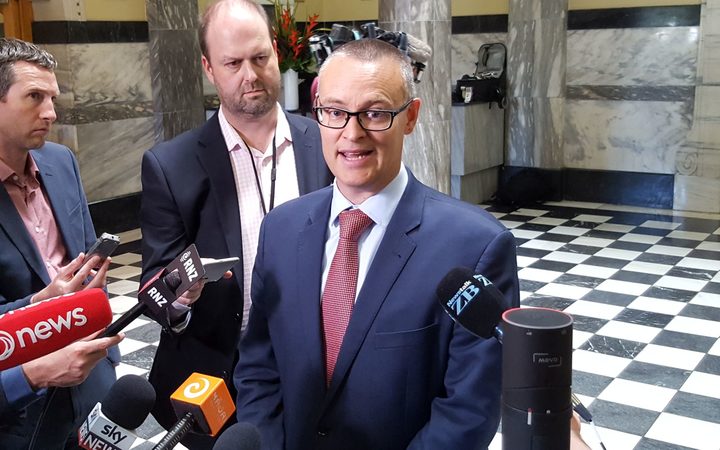 The nurses' union wants all new nurses to be guaranteed placements through the national entry-level recruitment programme when they finish studying.

Graduates apply for the entry-to-practice programme through what's known as the ACE system, which matches graduates up with jobs at district health boards around the country.

Hilary Graham-Smith from the Nurses Organisation said the programme gave new nurses the best start in their careers because they get much-needed support and mentoring in their first year in the workforce.

"It's not simply getting a degree and picking up a stethoscope and a pen and you're off," she said.

But not everyone gets a place - and a job - on the programme.

Ms Graham-Smith said many new graduates would miss out in the two application rounds a year, and estimated there were about 400 new nurses waiting for a spot to come up.

She said that was something new doctors did not have to contend with.

"A place is found for every new graduate doctor in a post-graduate year one programme. That doesn't happen for nurses."

Ms Graham-Smith said nurses, like doctors, should be guaranteed places on these types of programmes, but funding was a problem.

"There is insufficient funding to create a place in those programmes for every single new graduate nurse."

Ministry of Health chief nursing officer Jane O'Malley said 97 percent of nursing graduates get a job via the entry-to-practice programme within a year of finishing their studies.

She said the national approach to recruiting nurses was a vast improvement on what used to happen.

"Seven years ago, every district health board had its own method of recruiting and retaining and we had no national data about who was getting jobs.

"I think it's a good start. We could do better, but it's a great start."

Ms O'Malley said it would be up to the government to decide whether there would be more funding available for the programme.

In a statement, Mr Clark said he had long been concerned too many graduate nurses were struggling to find immediate employment at the end of their study.

He said he had asked the ministry to look at what could be done to get more graduate nurses into work.

Amelia Spring is in the final year of her nursing degree at Massey University in Wellington, and is to go into critical care nursing in emergency or intensive care units.

She said the entry to practice programme would be her best shot at landing a job.

Ms Spring said there should be more places available for graduates who want jobs.

"There's a chronic shortage of nurses at the moment and nearly every ward is understaffed, but the DHBs don't have the money to find those new graduate positions."