New Plymouth residents are being asked to fork out between $28 million and $147m to improve the resilience of the city's water infrastructure. 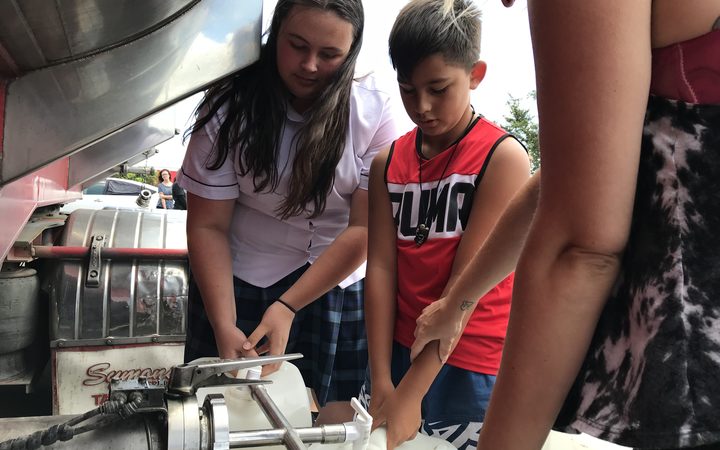 More than 10,000 properties lost water for up to four days after a tree fell during Cyclone Gita, severing a water pipe supplying 25 percent of the district.

A boil water notice was issued for the rest of the district for more than a week and water tankers and port-a-loos had to deployed in some communities.

Mayor Neil Holdom said the crisis prompted a fresh look at the council's 10-year plan which had only budgeted $18m for water resilience.

The New Plymouth drinking water network is made up of 800km of pipes - some of which are 110-years-old - and there are 17 different reservoirs.

Hundreds of those pipes cross streams and rivers in the district and are carried on bridges similar to the one wrecked during Cyclone Gita.

"We've got increasingly stringent water standards and we've got the impacts of climate change putting stress on the wastewater and stormwater infrastructure because we do get stormwater ingress into the wastewater system during heavy rain," he said.

Mr Holdom also took a swipe at previous administrations for the lack of investment in the water network.

"Coming from an infrastructure background, I've always felt that we as a community didn't invest enough in our infrastructure and that we needed to do more."

Mr Holdom said he did not see the same focus on core infrastructure services in previous long-term plans.

In its consultation document, the council lays out a range of options for improving the resilience of the water network ranging from doing nothing to making a significant investment in the system.

The latter option would require investment in the three waters (drinking water, wastewater and stormwater) and the transport network, which carries many of the pipes.

Mr Holdom said the council's preferred option was to better manage the system it had and invest in some upgrades - including building bypass routes for single pipe services.

This option would cost $44.5m funded via a 1.9 percent targeted rate increase. Average rates would increase to 6.1 percent in 2019 as a result.

On average rates increases over the life of the 10-year plan will be 4.2 percent.

The long-term plan is due to go out for public consultation on 6 April.