Another cyclone gathering force to the north-west of New Zealand is now a category four storm. 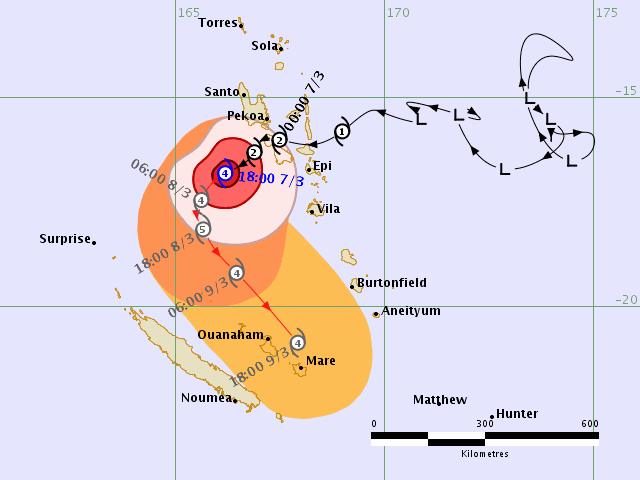 Fiji's MetService says Hola is tracking slowly away from Vanuatu towards New Caledonia.

As it moves south west from Vanuatu's Malekula, Hola is intensifying and forecasters say sustained winds of up to 165km/h should be expected.

They could increase to 203km/h.

It is expected to move to the south east later and pose a threat for New Caledonia.

The Vanuatu weather office said damaging gale force winds of 75km/h will continue through today to affect Malampa province while destructive storm force winds of 130km/h gusting to 160km/h are forecast over the next 24 hours.

Very destructive hurricane-force winds of up to 175km/h gusting to 185km/h will affect Malekula.

Mr Adams said a lot of the models were taking the storm east of New Zealand, but that a tropical cyclone did not need to make a direct impact to affect the country.

"You can still get very strong winds, big swells, and heavy rain when a tropical cyclone tracks off-shore," he said.