A mother who took the Health Ministry to court demanding to be paid for caring for her adult son, is refusing to accept the Crown's latest offer. 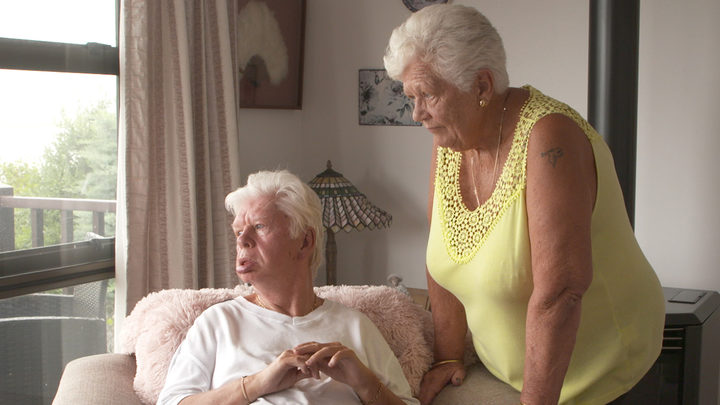 Diane Moody, who's 76, has cared for her severely disabled son Shane Chamberlain for most of his 51 years.

Mrs Moody rejected an offer to pay her for 17 hours a week at the minimum wage and took the Ministry of Health to court, seeking the maximum of 40 hours a week.

In the revised offer, her paid hours would be 37 a week.

But Mrs Moody said the needs assessment on which the offer is based is flawed, and she will continue to fight for 40 paid hours a week because she cares for her son full-time.

She said, like those with disabilities, politicians are taxpayer-funded and yet they are not required to account for the number of toilet visits they take a day.

"Do members of parliament, who are also paid by the taxpayer, are they timed at how many toilet visits they can have during the day? It seems that the only people that have to go through this assessment debacle, seems to be our disabled people," she said.

Prior to 2012, the Ministry of Health had a long-standing policy or practice of preventing spouses or resident family members of people with disabilities from being paid for care work for them.

That changed when Susan Atkinson and other affected carers took action under the Human Rights Act - claiming the policy was discriminatory on the basis of family status. Essentially they argued family members were excluded from being paid to perform services for their relatives that would have been paid for by the state, if they were provided by a person who was not a family member.

In January 2010, the Human Rights Tribunal ruled the ministry's policy was unlawfully discriminatory, a decision that was subsequently upheld by the High Court and the Court of Appeal in May 2012.

Following those decisions, the Crown decided not to appeal and developed a policy that allowed adults with disabilities to employ their parents or resident family members, for what's known as the Home and Community Support Services, or HCSS.

Funded Family Care is essentially a mechanism for people with disabilities to employ a family member, rather than a third party, to provide home and community support services.

When it was introduced in October 2013, the government estimated the scheme would cost $172 million a year, with 1600 people eligible to receive it. No new money was allocated to run it. Yet in November 2015, just 225 people were receiving Funded Family Care. Only 63 of the 215 were receiving the full 40 hours a week of funding.

The Ministry of Health's group manager, Kathryn Brightwell, described it as the "most fiscally conservative option" put to the Cabinet.

"The ministry was not in a position to effectively take on 1600 new employees, and if a 'host' provider or existing contracted service providers had been used as an employer of family carers, the cost of the policy to the Ministry would have gone up substantially, by reason of the need to pay for overheads and other administrative tasks, as well as training and compliance costs, which are not necessary if the disabled person is the employer," she said.

Under the scheme, a person with disabilities is allowed to receive up to 40 hours a week of care for what's termed household management and personal care, but not supervision.

To determine eligibility, a person must undergo a needs assessment, which are usually undertaken every three years. A needs assessor visits the house and estimates the time spent during a day doing these tasks. Mr Chamberlain's needs assessments have ranged from 7 to 21 hours a week, despite the fact his needs are not so different from those when he was born 51 years ago.

Mr Chamberlain's advocate Jane Carrigan describes the process as, "an artificial construction of 'caring needs' which is intended and successfully achieves an utterly false outcome."

Mr Chamberlain's needs assessments show vast inconsistencies in the way assessed needs were allocated. Many of the categories used in a 2014 assessment, don't match up to the latest one in 2018.

In some cases the assessments appear contradictory. In 2014 one stated, "Shane can undress independently but does require support to choose clothes." It then goes on to say, "I understand he is unable to dress himself."

In the 2014 assessment, two hours a week were set aside for meal preparation. In the latest assessment, that has halved to one hour.

The latest assessment also allocates 8.6 minutes a night for dealing with Mr Chamberlain's reflux, cramps and pain, and has increased the toileting allowance to 10 minutes a day.

"That's the sheer madness of it. How would anybody in their right mind come up with 8.6 minutes a day for reflux. How do they work that out? If Shane had really bad reflux one night he could be up for 3-4 hours. It's nothing for Shane to get up at 2am and sit in his rocking chair. He could be up there to start his day from 2am, he could stay up for 3-4 hours and then go back to bed. He could have reflux, he could have cramp, he could have numerous things, so where they come up with a figure of 8.6 minutes is beyond me," Mrs Moody said.

It also said "Shane can make his own drinks," which his mother strongly refutes. "Shane would die of thirst before it occurred to him to get a cup and run a glass of water," she said.

The cost of residential care

Paying a family member to care for someone in their home for 40 hours a week, costs less than half of what it costs to keep someone in residential care.

In its judgement, the Court of Appeal was critical of the current system describing it as "verging on impenetrable", especially for a lay person.

"We hope that the Ministry is able to find an effective means of streamlining the regime, thereby rendering it accessible for the people who need it most and those who care for them," it said.

While there is nothing to indicate the Ministry has changed its policies, it appears work is underway.

The health minister declined to be interviewed but in a statement said he had the utmost respect for families that care for high-needs family members at home.

"I have asked for advice on options for reforming the Funded Family Care policy. That work is at the very early stages and I am not yet ready to comment on it in detail," he said.