There have been more claims of bureaucratic complexity from people having to care for their disabled offspring long after they have reached adulthood. 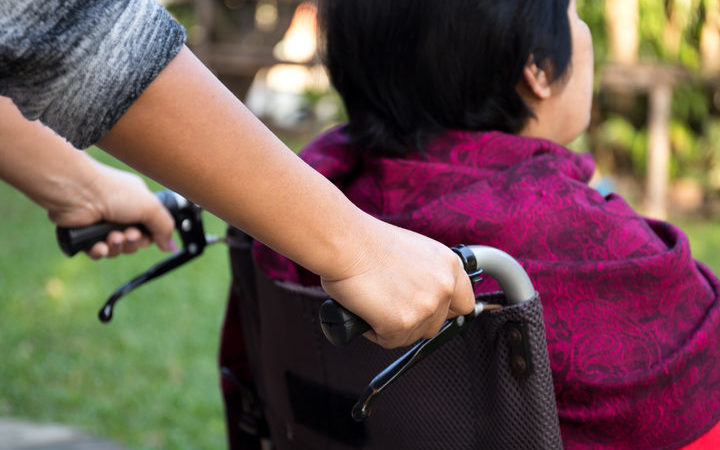 That follows a stinging rebuke from the Court of Appeal to health officials, saying it doesn't want to hear any more disputes about adequately funding parents who care for their disabled adult children.

The bench told the Ministry to get its house in order, describing its policies on helping carers of disabled adults as impenetrable.

Gillian Wright, a 62-year old widow from Mt Albert, Auckland, cares for her son, 29, who has autism and other conditions, as well as his sibling, 26, who has intellectual disabilities.

Although the pair get six hours of care in a special centre during the day, and some home-help two nights a week, the burden of caring for them was intense.

"Both boys are like young toddlers really, they have got no sense of danger or anything," she said.

"They need need me to shower and dress them, they can't do any of that themselves, so it is kind of a full-time role for me."

Ms Wright is one of an estimated 1600 families who care for their disabled children after they have reached adulthood and even middle age.

Their predicament has been highlighted by a case brought to the Court of Appeal by Diane Moody, after she objected to getting just 17 hours payment a week - at the minimum wage - for the full-time job of caring for her severely disabled 51-year-old son.

She had spent decades caring for him - the authorities had no idea of just how much work was involved - and she would love them to come and spend a few hours watching the sort of work she had to do.

Ms Wright was concerned by the labyrinthine task of accessing help.

"It's so complicated I don't think anyone really knows the system," she said.

"You have to go through a needs assessor - I think they are contracted the Ministry of Health - and then someone else decides what hours you should get and they try to give you the minimum, or not at all."

Jan Moss of Takapuna, who runs a group called Complex Caring, looks after her 34-year-old daughter, who has a severe epileptic condition called Lennox Gastaut syndrome. The condition has left her daughter severely disabled.

Ms Moss could not find a professional carer for her daughter: "It's been a really long hard slog, and that I think that is the issue," she said.

"People at the Ministry of Health and others making all these decisions have no idea of what the reality is."

"I will be 70 in July and I have done 34 years of intensive caring and it has taken its toll."

Prior to 2013, the Ministry of Health had not paid family members as caregivers but several judicial rulings since found this breached the Bill of Rights Act by discriminating against them.

The previous National government then passed legislation allowing some payments but under strict criteria.

The Ministry of Health is still considering Diane Moody's judgement and has refused to comment.