The Court of Appeal has issued a stinging rebuke to health officials, saying it doesn't want to hear any more disputes about adequately funding parents who care for their disabled adult children. 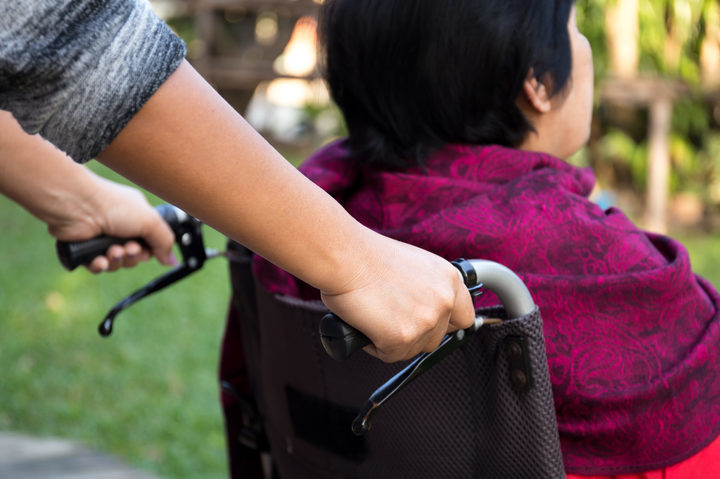 More than 200 families are said to have given up trying to access funding for caring for their disabled relations (file photo). Photo: 123RF

Instead, it argues these cases shouldn't require court action and it's urging the Ministry of Health to make accessing disability support services easier, describing the existing policy as verging on "impenetrable".

Diane Moody cares for her 51-year-old son, Shane Chamberlain, who is severely disabled. He suffered complications at birth which left him paralysed on his right side. He also has Williams syndrome, which causes heart problems, and he is autistic.

"He's got a lovely nature, he's a real special person. He's part of our family, he always has been and he always will be," she said.

Unable to care for himself, he can give his name but can't read or write. With help he can count to 20 and recite the alphabet.

His 76-year-old mother describes Shane as "my life". Aside from a few years in an adult care facility, she has cared for him all her life, 24-hours a day, seven days a week.

She was told she was only eligible to receive 11 hours of funding a week - when she objected that was increased to 17 hours, at the minimum wage.

Mrs Moody took the Ministry to Court arguing she was eligible for 40 hours of funding for family care a week.

In its decision, the Court of Appeal rejected the Ministry of Health's argument that they can only pay for the hours spent on Mr Chamberlain's personal care and household management, not on the time his mother spends supervising him.

The court noted, the Crown "described the proceedings as an attack on 'the philosophy and mechanics of New Zealand's entire disability support system".

It has ordered the ministry to reconsider its decision.

Until recently the Ministry of Health refused to pay family members who cared for people with disabilities at home.

However, the Human Rights Tribunal, the High Court and the Court of Appeal ruled such a policy breached the Bill of Rights Act, because it discriminated against people because they were family members.

The previous National government responded by allowing some funding for parents and family members to care for adults with disabilities. It also passed legislation stopping people from complaining to the Human Rights Tribunal.

Lawyer Paul Dale said the confusing nature of the family care policy has masked the implications of it.

Mr Dale said he'd been told 240 families have given up trying to access the policy because it was simply too hard, although he suspected the figure was higher.

"This is a policy that has to be accessed by members of the public who do not have law degrees."

He said those people should be able to go on the internet and work out what funding they're entitled to.

"But I think as this case demonstrates, that's just not possible."

Mrs Moody said she was absolutely ecstatic and delighted that the Court recognised the level of care Mr Chamberlain's required.

"It's not about the money, it's the principle of the whole thing that we have to fight this battle to get anything achieved," she said.