There were emotional scenes at a packed New Plymouth council meeting last night when the public got to have its say on a controversial plan to carve up the city's only public golf course.

The council wants to sell half the Fitzroy Golf Club to developers for $40 million, while opponents say it is protected recreational space and should be retained.

It wants to use half the money to pay for mostly unnamed "flagship projects" and the other half to establish a council-owned property development company. 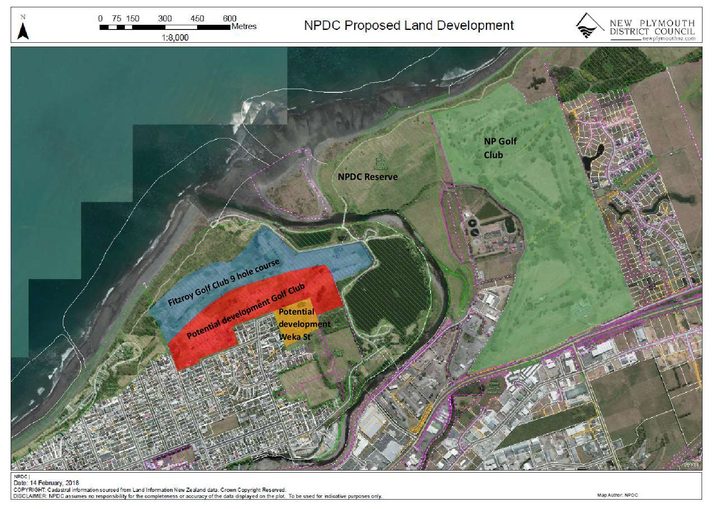 The plans for the golf course Photo: Supplied

The choice offered to ratepayers in the draft long-term plan was to either sell the land, face rates increases to pay for the projects, rack up debt or worse still, run the city's assets down. 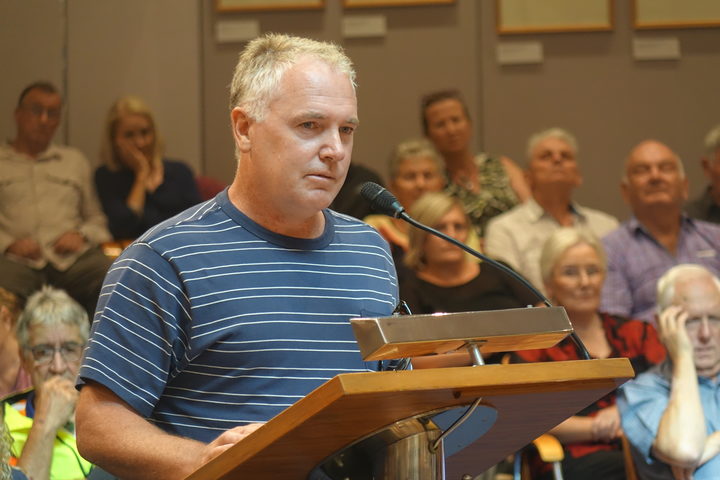 "Your consultation document is attempting to lead and pigeonhole the ratepayers," he said.

Mr Williamson said no-one on the council had campaigned on carving up the golf course and the idea should be tossed out.

"I encourage you, we all do, please throw this out now. Throw back the consultation document and, yes, all of you do have the right to take this out of the long-term plan.

"It's ill-prepared, it's ill-advised and you haven't done the consultation and you don't have the mandate."

Another Fitzroy resident, lawyer Karen Venables, took a different tack with her deputation, pointing out the land was gifted to or vested with the council as recreational reserve. 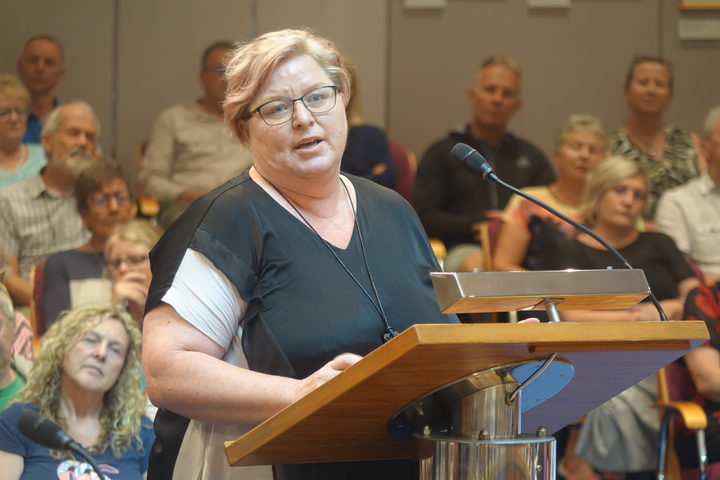 "What I believe that means is you can only use that land for recreational purposes."

Ms Venables said she didn't believe the council had the legal right to change the reserve status of the land.

Fitzroy Golf Club president Mike Earley gave a lesson on what it meant to be a public course. 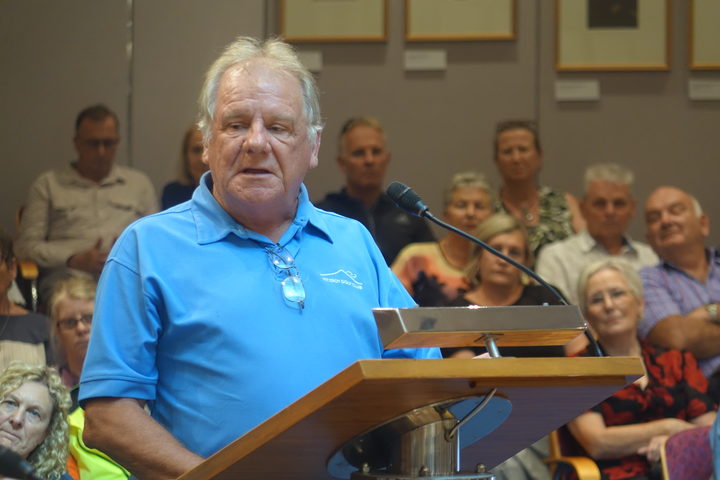 "A municipal golf course means that it is open to the general public. We cannot stop people coming and paying a green fee to practice or play their round of golf and enjoy the facilities that are set up there.

Mr Earley said if Fitzroy was reduced to 9 holes there would be an exodus of players and warned the councillors to be careful what they wished for.

"Such areas are what makes a city an attractive place to live. Once a town or city loses its reserve lands you never get them back."

New Plymouth mayor Neil Holdom said he was thrilled with level of interest in the draft plan. 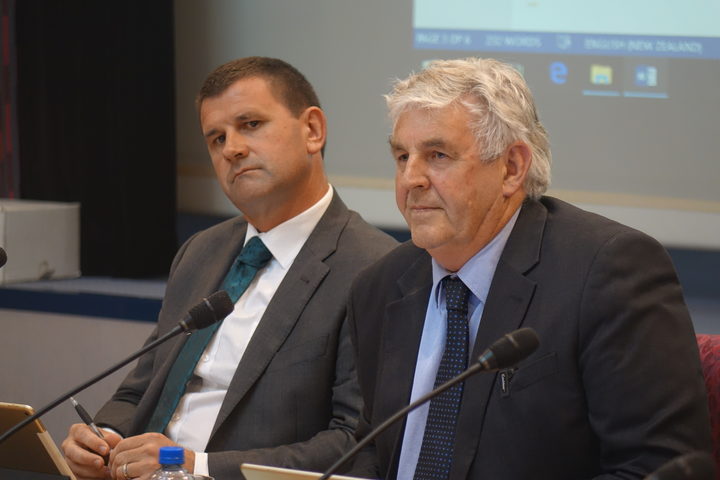 He said the council was following due process and people would be able to engage more fully when the draft plan went out for public consultation.

Mr Holdom said if people were not satisfied with the level of detail in the consultation document there was much more online.

"For people who are wanting to climb into the detail there's 500 pages there, but we have a view that most people want something summarised, and so when you take 500 pages of documents and summarise it down to 15 you do lose a little bit of the detail."

The crowd last night had, however, already made up their minds. 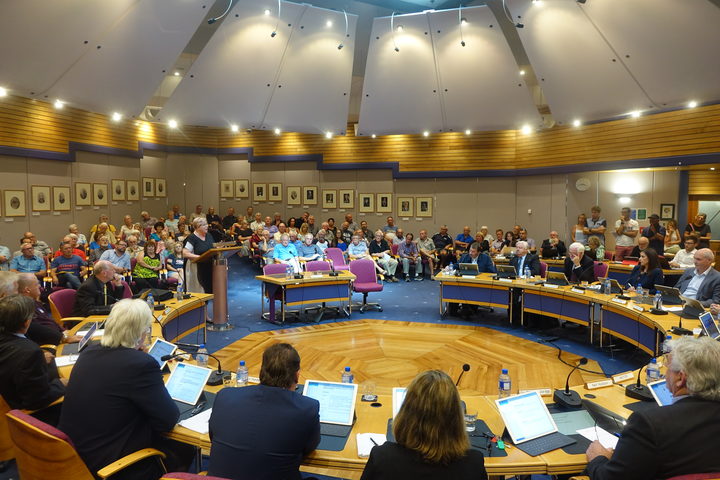 The meeting was packed out. Photo: RNZ / Robin Martin

Moturoa resident Don Harris was not in favour.

"This idea with the golf course gets me thinking what's next? How many other things?"

Neither was Roger Hawkins.

"It's crazy. Why sell the lungs of your city to end up with it becoming a concrete jungle."

Confirmation of the draft plan has been delayed to allow for a review of the city's water infrastructure after the network failed last week when cyclone Gita swept through the area.

Councillors will decide what's in and what's out in March. 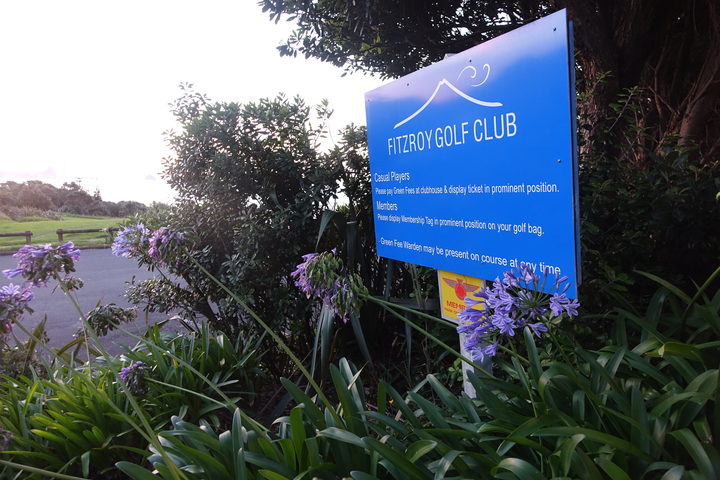