More rain is expected to hit the upper South Island this morning, less than a week after the area was drenched by Cyclone Gita. 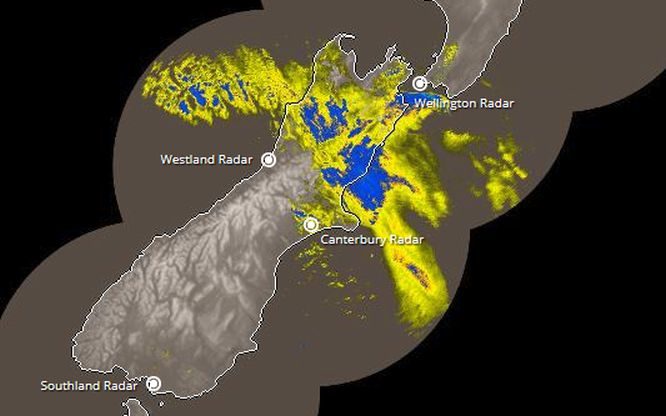 Heavy rain has already fallen in Fiordland and southern Westland, and more is expected in the northwest of the South Island and parts of the lower North Island today.

But MetService severe weather forecaster Eric Brenstrum told Morning Report it should only be a "fraction" of the rain seen last week.

He said the front has weakened as it travelled north - while parts of Fiordland saw 300mm of rain fall yesterday.

"So it's one of these animals that has roared its worst at the bottom of the South Island."

Four helicopters were used to fly stranded tourists out of Doubtful Sound yesterday after a 25 metre wide slip caused by the heavy rain cut off the Wilmot Pass Road.

Mr Brenstrum said the area around Nelson and Takaka should get about 30-40mm of rain, but this could still be a concern for the drenched region.

"It's coming down on ground that has already been badly affected, so it may still cause some bother, but it should be clearing up there after lunch."

The front has also brought strong winds - gusts of more than 150 km/h were recorded on Banks Peninsula and there have also been severe northwest gales in Canterbury, Marlborough, Wellington and Wairarapa including the Tararua District.