Four helicopters were used to fly stranded tourists out of Doubtful Sound today after a 25 metre wide slip cut off the Wilmot Pass Road. 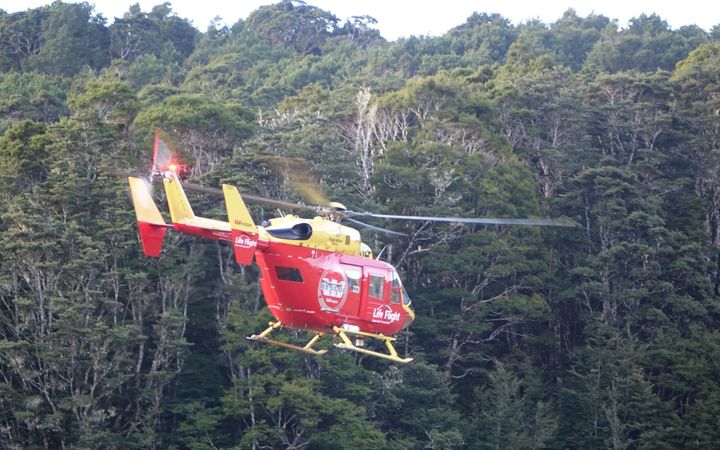 Heavy rain has been affecting the area, with 305 millimetres falling in nearby Milford Sound until 10pm today.

Milford received just over 300mm of rain today, but has been dry since about 7PM.

Tourism operator Real Journeys said the slip was discovered around 12.30pm and helicopters were used to fly tourists to the West Arm.

Boats then brought them back across Lake Manapouri.

The slip was cleared by 6.30pm and all tourists had returned to Manapouri by 9pm tonight.

Parts of central and southern New Zealand are battening down for heavy overnight rain and northwest gales. less than a week after Cyclone Gita swept through the country.

The front has already delivered heavy rain to Fiordland and southern Westland, and should bring the same to the northwest of the South Island and parts of the lower North Island.

There'll also be severe northwest gales in Canterbury, Marlborough, Wellington and Wairarapa including the Tararua District. 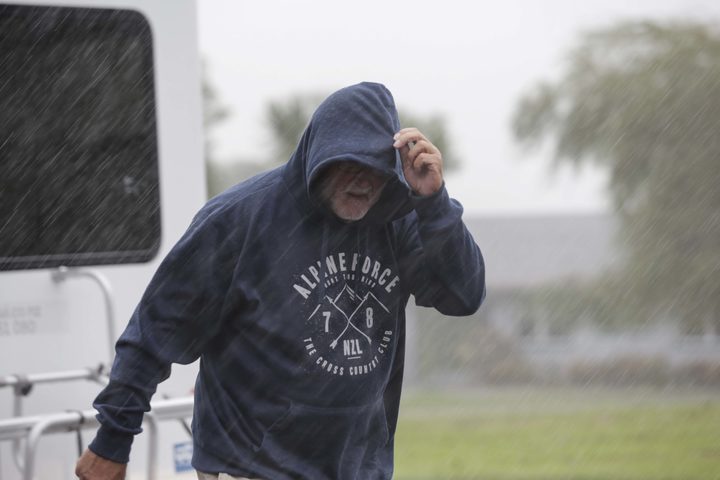 A man struggling against the wind in Hari Hari after Gita swept through Photo: RNZ / Rebekah Parsons-King

MetService said the West Coast is set to be hit with another bout of heavy rain tonight and may result in further slips and flooding.

Up to 200 millimetres of rain is expected to fall in Fiordland and Westland over the next few hours.

It has already started in Fiordland and should reach Westland this evening and the Tararua Ranges in the lower North Island are also set for a drenching this evening.

Gales of up to 130 kilometres an hour could also hit Southland, Otago, the Canterbury High Country, and Wellington.

The heavy rain comes just days after the West Coast was hit by Cyclone Gita.

MetService forecaster Amy Rossiter said the rain was not expected to be as damaging as last week's storm.

"But because of all the heavy rain that we had with that, obviously the ground is still trying to recover. Places like Westport and Westland that got hit pretty bad, they're in for another dose of heavy rain associated with this feature."

MetService severe weather forecasters have just updated the weather warnings and watches. The diagram shows the warnings, but several of the warning areas also have watches in effect. Go to https://t.co/qHyE5zhh6X for all the details. ^AB pic.twitter.com/neacy0vQYh

Vulnerable trees that haven't come down yet may come down in the strong winds and heavy rain.

MetService said people should expect further slips and some surface flooding around rivers rising in western areas from Fiordland through Buller.

Westland is expected to get the heaviest rainfall, but the Westland District mayor said he was not concerned about the forecast, as the area often experienced heavy rainfall.

The Transport Agency is warning motorists on the Rimutaka Hill Road north of Wellington to take particular care in the strong winds.