Commuters in Wellington may have missed the worst of Cyclone Gita, but they could face a hard journey home, the Transport agency says. 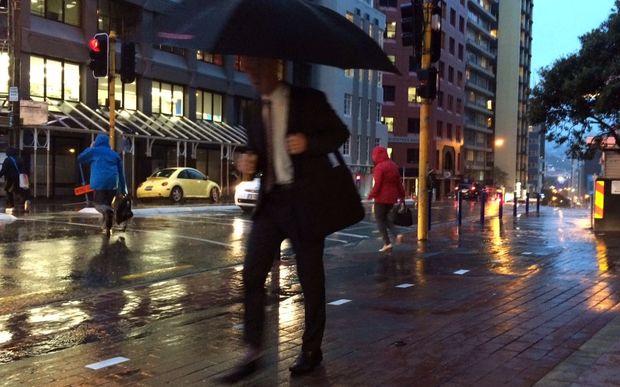 Wellington highway manager Neil Walker told Morning Report the worst of the weather could start at about 10am.

The transport network in the capital was prone to flooding in some areas, which could cause delays later on in the day, he said.

Drivers from Taranaki to Canterbury should beware of surface flooding and debris on the roads today and tomorrow, he said.

"Seas are going to be high so we've got that issue around sea surges.

"And there's going to be a lot of wind."

Drivers are being warned to reduce their speed and leave a sensible distance between vehicles, and motorcyclists and drivers of high-sided vehicles need to be especially careful.

Wellington Airport has its early morning flights scheduled as usual, with no weather-related problems apparent as yet.

Commuter trains are running but there might be delays due to continuing problems with signals equipment.

The Interislander ferry said sailings were proceeding as usual today but big waves this evening and early Wednesday could cause delays and people were advised to switch to a crossing early today or late tomorrow if possible.

Bluebridge said it was too early to say what would happen today.