The government is considering scrapping the rollout of cameras on commercial fishing vessels altogether.

Fisheries Minister Stuart Nash said many in the fishing industry were unhappy with the camera proposal and all options were on the table - including dumping it entirely.

One of Mr Nash's first moves when he became the Fisheries Minister was to put the brakes on the rollout of electronic monitoring of the commercial fishing fleet.

The former National government came up with the plan last year, saying it would protect the sustainability of fish stocks and act as a deterrent against illegal activity, like fish dumping.

But Mr Nash said National forced it upon the sector, and he was getting advice from officials on what should be done.

"There are certainly concerns in the industry that there hasn't been a proper process followed and a complete and utter lack of consultation.

"That does seem to be the prevailing attitude but we haven't made any final decision on that," he said.

Mr Nash said ditching the programme entirely was one of the options being considered. 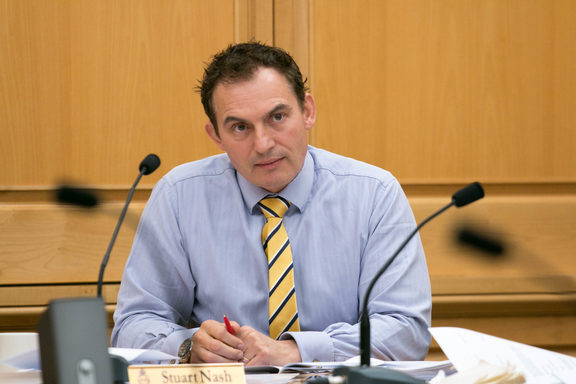 "We could continue the project as it is, we could delay it - at the extreme we could dump it."

Conservation Minister Eugenie Sage has been investigating bycatch in the fishing industry and said there were other methods that could improve sustainability.

"Cameras are one mechanism to tackle that issue," she said.

Others included improved observer coverage and a greater commitment by the industry to get serious about reducing bycatch.

"Whether it is fur seals in the hoki fishery, albatross in some of the other fisheries ... it is a serious commitment that is needed across the industry," Ms Sage said.

National Party fisheries spokesman Gerry Brownlee said the rollout of cameras was needed to deal with well-publicised problems in the sector.

"Our step to put cameras on board was not rejected by the industry, it was the speed with which they were required to comply and they felt they needed more time," he said.

Mr Brownlee said to move away from cameras would be ignoring problems, such as commercial fisheries catching non-quota species, as well as seabirds and sea mammals.

Forest and Bird chief executive Kevin Hague said the fishing industry could not be trusted and cameras on boats was the only way to keep it honest.

"We know that there is an enormous amount of bykill of marine mammals and seabirds as well as other illegal or immoral practices that occur out at sea."

He said many fishermen would be happy if the government did ditch the camera proposal.

"We're not averse to looking at various tools but they've got to be fit for purpose and we do support acquiring better information to manage our fisheries," Mr Pankhurst said.