The fishing industry wants any video footage gathered of its activities to be exempt from the Official Information Act.

An email sent by an MPI manager suggests that if fish dumping could be stopped "we would probably put half of the inshore fleet out of business overnight ..." Photo: 123RF

A proposal is currently before the government to install cameras across the entire fleet to monitor illegal fish dumping or the by-catch of sea birds or dolphins.

A letter written to the Ministry for Primary Industries last year by the industry said footage gathered from fishing boats could be requested under the Official Information Act by those with an "anti-fishing agenda" and used to paint the industry in a bad light.

One of the five industry heads who signed the letter, Daryl Sykes from the Rock Lobster Industry Council, said there needed to be an exemption so the footage was never made public.

"Judicious editing of the available footage could be used to portray a situation that is entirely out of context," he said.

As well as breaching the privacy of fishers as they got changed on board boats, footage obtained under the OIA could also be used by competitors to locate secret fishing spots and methods, he said.

Ensuring New Zealand had a good reputation for ethically caught fish was up to the industry, not the government, he said.

"That's my business, not theirs. Their business is to ensure the sustainable utilisation of rock lobster fisheries, my business in the commercial sector is to take that product sustainably and market it efficiently and effectively. And it's my determination, not the minister's determination as to how to do that." 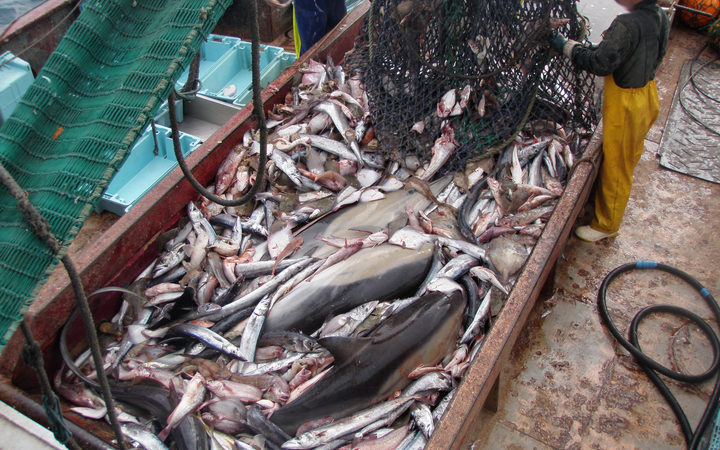 The letter from industry to MPI was written in July last year and obtained under the Official Information Act by Forest and Bird.

Forest and Bird chief executive Kevin Hague said concerns about privacy and commercial sensitivity were just a smoke screen for the real reasons the industry wanted to keep the footage secret.

"The industry's real motivation is that they don't want the public to see dead dolphins, penguins, albatrosses and the wholesale dumping of large quantities of fish," he said.

"All of those things that the industry rightly perceives the public would be deeply concerned about."

If the industry had nothing to hide then it should have no objection to showing the public what was going on out at sea, he said.

"Sunlight is the best disinfectant. Actually having the public being able to see images from the boats and then the industry explaining what requires explaining is actually the sensible thing, not just to keep it out of public view."

Installing cameras on fishing boats has been placed on hold by the new government while industry concerns are dealt with.

In a statement, MPI said no decisions had been made about whether to exempt the camera footage from the OIA and a proposal from the industry to do so would be considered.

It needed to balance transparency and public interest while protecting privacy and other sensitive information, it said.