People in Nelson are being warned not to swim or take shellfish at local beaches that could be polluted by untreated sewage. 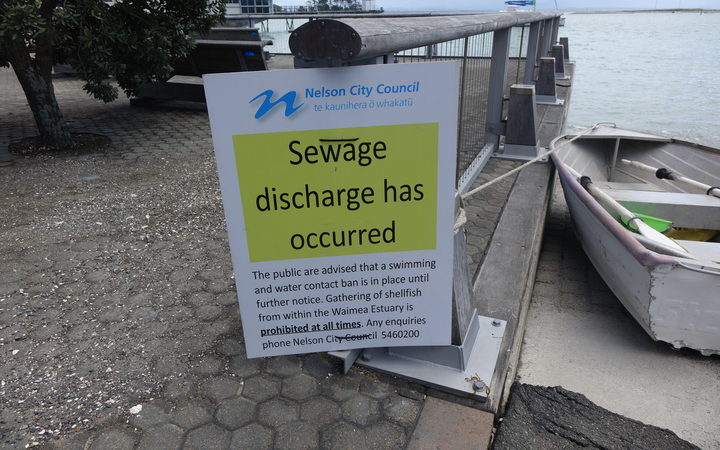 The council advised the public not to swim or have contact with the water, including at Tahunanui Beach, until further notice.

It also advised against swimming in rivers in the region for at least the next two days.

There was persistent heavy rain in Nelson, Marlborough, Buller and Westland overnight, and about 150mm fell in the western ranges of Nelson between Saturday and Sunday.

There was heavy rain for much of the country over the weekend, with the deluge in Auckland causing the city's Big Gay Out festival to be cancelled for the first time in its 30-year history.

Nelson was hit by bad weather earlier this month when ex-tropical storm Fehi and king tides caused storm surges that badly damaged buildings along its waterfront.

There were evacuations from homes and campsites in low-lying areas, and a failure at Richmond's pump station caused sewerage overflows into Monaco, Nelson Haven and Waimea Estuary.