Firefighters expect to have to watch for flare-ups of a large industrial fire in Dunedin for at least another month. 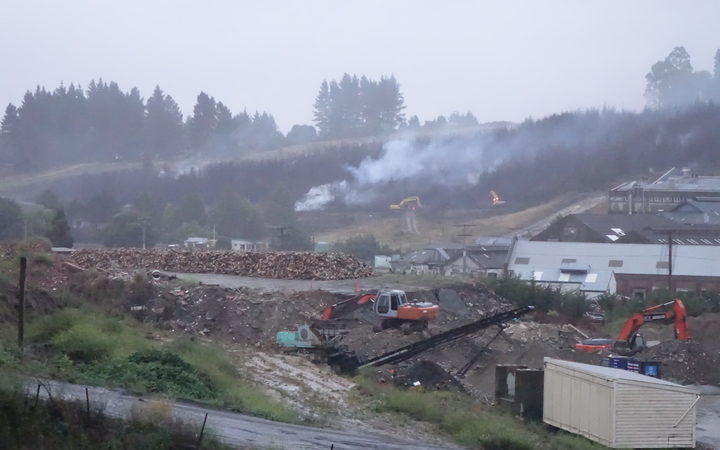 The fire is dampened down the morning after the fire. Photo: RNZ / Ian Telfer

The fire in Burnside destroyed three industrial buildings and a timber yard and threatened to jump the motorway into a suburban area last Wednesday evening.

The fire burned down through a greenwaste dump at the head of a gully and could still be burning underneath, he said.

"You can't walk away from it so we've just got to keep monitoring," he said.

"The longer it takes to flare up the less chance it will flare up, so maybe in a month's time we'll be starting to feel a bit more comfortable about that side.

"But we've obviously got strategies in place to ensure that if anything flares up we can respond."

Firefighters would be checking daily for smoke or fire signs until the risk passed, Mr Mawhinney said.