People feared their homes overnight would be lost as embers from a large fire burned industrial buildings in Dunedin set their backyards alight. 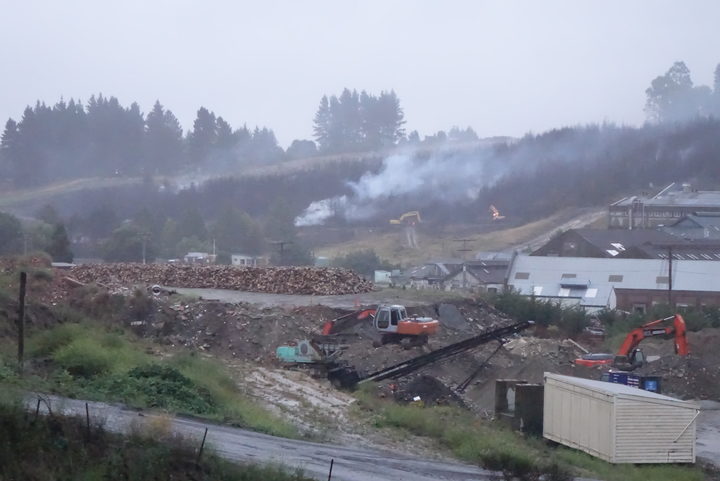 The fire is dampened down the morning after the fire. Photo: RNZ / Ian Telfer

The fire, which began about 5pm yesterday in Burnside, destroyed three industrial buildings and a timber yard.

It had been contained but was still not out this afternoon despite steady rain falling on the city.

Residents evacuated from about 100 homes in Concord, directly opposite across the motorway, as embers from the fire rained onto their properties in the hot winds.

Returning this morning in the rain, with the smell of smoke still strongly in the air, they told of their close encounters with the fire. 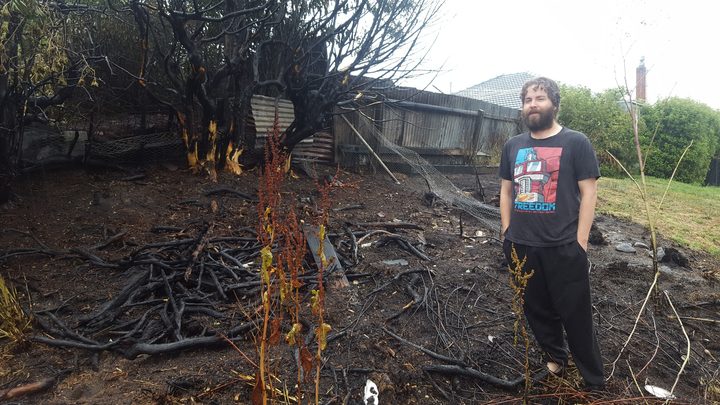 Morton Street resident Daniel Donaldson was sitting in his bedroom watching the fire in the industrial area and did not realise how much danger he was in, he said.

"I poked out my window and I could see it along here, just the fire at the top of the hill and then it was go time I guess."

"We started leaving and that's when the fire guys showed up. I have no idea how they got to my property."

"I thought 'there's no way someone is going to get to this fire before it gets out of control', but they were just there."

"They just stepped out of the ether and they put it out. So we just doused it with hoses and the cops turned up and said we had to go".

Around the corner on Mary Street, one side of Thelma Littlejohn's plastic greenhouse of tomatoes and chillis was lost when the back corner of her property burned out. 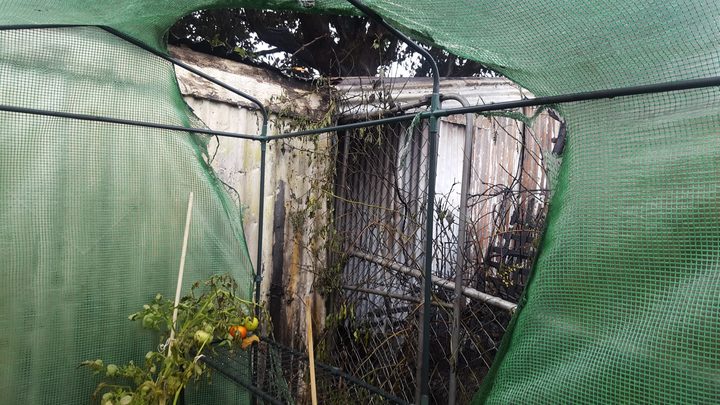 The neighbour's shed is damaged and the fencing all charred, and a large tree damaged.

Embers started the fire here too, and it was put out before spreading fully through the tree by a helicopter dumping water from a monsoon bucket.

"My son phoned me and said 'for goodness sake Mum get out there and start damping things down, because there are big embers landing on the motorway.'"

But then she too was evacuated and unable to do more.

"I'm pleased it's not the house. This is just a few plants ... could have been worse. You just don't know where those embers were going to land." 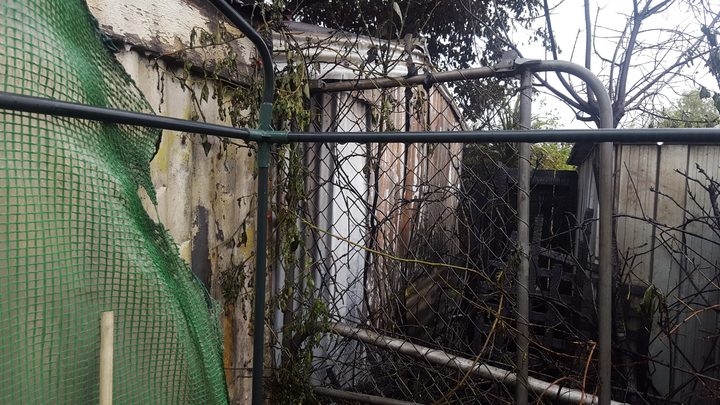 Thelma Littlejohn lost a side of her plastic greenhouse of tomatoes and chillis when the back corner of her property burned out Photo: RNZ / Ian Telfer

Judy Walters, who lives on Samson Road, praised the firefighters' response, saying they had saved the suburb.

"We are very lucky, it's shocking" said Mrs Walters.

"It was enormous, you've no idea ... the flames, I've never seen it, only on the movies in a war picture or something."