First the apocalyptic heat - now a plague of insects. 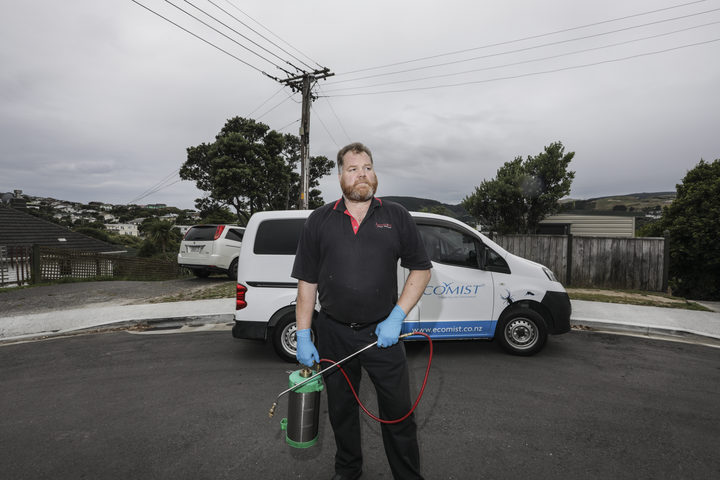 Pest control companies have reported a big increase in demand for their services this month after the summer heat created an explosion in insect numbers.

Companies in Auckland and Wellington said they had noticed a marked increase in the number of calls they had received this summer, compared to last.

Rentokil Auckland pest control operations manager Simon Turner said the company had seen a surge in calls from both households and businesses, mostly wanting help with flying insects like flies, fleas and mosquitos.

"They only have a life-cycle of two weeks to a month, but at this stage they're completing their metamorphsis within seven to nine days and when they're laying a couple of hundred of eggs at a session, it really gets out of control very quickly."

The hot summer was perfect for insects., Mr Turner said.

"Ideally if it's over 20 degrees, and the humidity is around 70 percent, these things will just go gangbusters."

Contrac2Kill Pest Control and Ecomist - Wellington owner and operator Eric Rawlings runs two said demand for eco-mist dispensers had risen dramatically this summer, as had the number of calls from the public, with about five to six calls a day regarding general insect work.

"I have a lot of ant works, certainly in certain pockets throughout the Wellington region. We are dealing with biting insects a lot, including fleas," Mr Rawlings said.

"Other ones probably that have less to do with the weather, we also have quite a lot of bed-bug work that we are doing and wasp nests, there's certainly a lot of wasps around," he said.

Auckland University professor of ecology Jacqueline Beggs said the dry, settled weather had been ideal for many insect species, including flies, mosquitos, ants and cockroaches.

"They're not like warm-blooded animals that can regulate their temperature - they're responding to whatever the ambient temperature is and so things can speed up when it's warmer," she said.

"Many of these things are doing really in those sorts of conditions, compared to last year where it was just a bit cooler," she said.

People should think twice before using pesticides like fly spray and needed to remember that not all insects were pests, Professor Beggs said.

"That's one of my things about not spraying chemicals everywhere... Mostly they are killing all the beneficial insects, so you are better if you are not killing off the predators that would potentially be keeping some of these pest species down," she said.

People could keep insects at bay by reducing the amount of stagnant water around their house and not leaving food lying around, she said.