Two dogs have died this year after consuming toxic algae from the Hutt River. 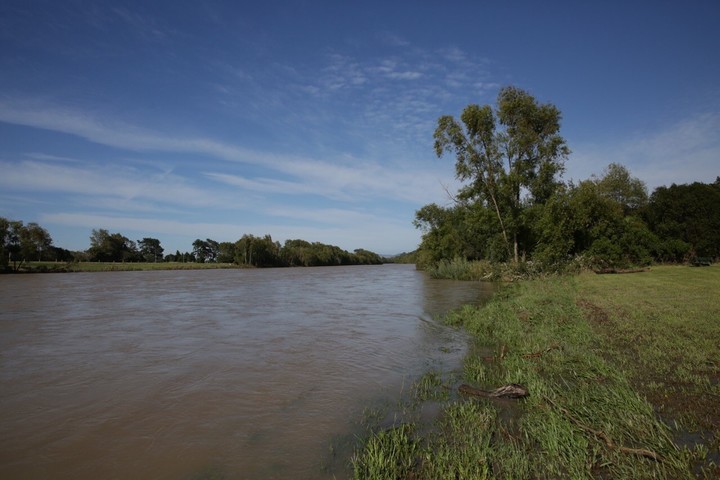 Wellington Regional Council said swimmers and dogs should avoid parts of the river at Silverstream where high levels of the algae have been detected.

The algae can kill livestock and dogs, and cause vomiting, diarrhoea and skin irritations in humans.

The river was closed in late November and had only been given the all clear last week after heavy rains.

Environmental scientist for the regional council Mark Heath said while there have been no reports of humans becoming ill from the blooms, two dogs have reportedly died this summer.

"Over the last tens years we have had now 12 dogs die from toxic algae after consuming it or ingesting it from the Hutt River.

"I'm not aware of any human illness."

The council said people needed to be cautious and avoid any areas where it was found.

Dr Heath said the Hutt River has toxic blooms almost every year, but this season was the "worst summer on record".

"The drivers of toxic algael bloom are really complicated, but we do know that the really ... hot summer we have been having is definitely contributing.

"The most amazing thing about this toxic algael bloom is that it's been only 10 days since the river was flushed. We had seven times the median flow, and in 10 days it has come back that quickly."

Toxic blooms are common nationwide, and often occurred in clean rivers and streams with low flow and low phosphorus levels, and during warm weather with low rainfall, Dr Heath said.

"This particular toxic algae has actually been on the earth for over 3.5 billion ... years.

"So the rule of thumb is that it's actually found everywhere, in all rivers and streams, and it's just the particular conditions within that stream that may cause it to bloom," he said.