Kaiaua locals say there is a lot to clean up after what some say is the worst storm they've seen in decades. 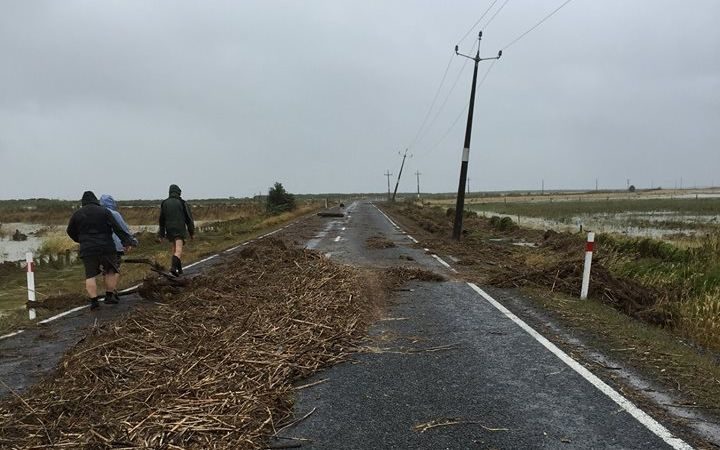 The wild weather and a king tide last week caused widespread flooding in the coastal region on the western side of the Firth of Thames, leaving behind soaked properties filled with debris.

Businesses said it's going to take some time before things go back to normal.

"On Friday, we stood and watched and within ten minutes of the water hitting the road, [it] poured over the road and into our land like a waterfall," he said.

"That was the thing that struck me, within 20 minutes of us seeing the waves breaching the coastline to reaching our section." 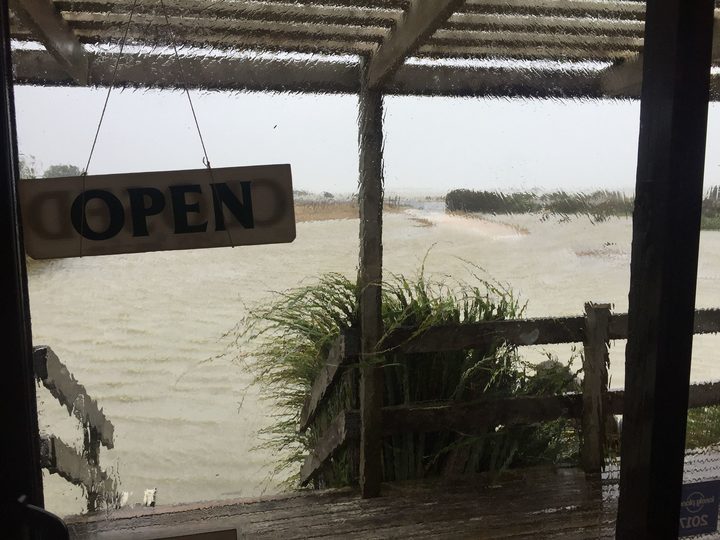 Mr Woodley said a large piece of boardwalk on the trail to the bird colonies was lifted by the waves and dumped 70m away.

"It must have been a tremendous power to lift that up," he said.

He said he's hoping to have septic tanks cleaned and the centre open before next week.

Barbara Campbell, who owns Kaiaua Backpackers, said there has been a lot of sludge and muck left behind from the storm.

"I've had ... wonderful family and friends down and they've all got shovels and scooped up all the muck," she said.

Ms Campbell said she should have her business up and running in two weeks.

While the storm has left its mark on the area, the way the community has banded together was fantastic, she said. 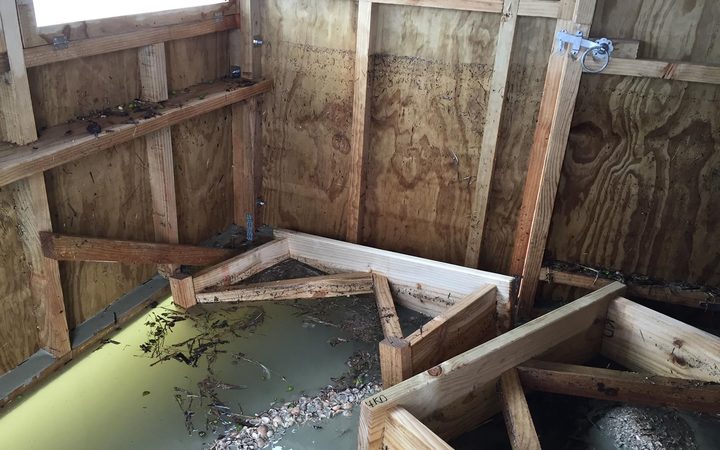 On of the flooded birding hides. Photo: Supplied / Chelsea Ralls

He said staff have been assessing the damage to homes and businesses today.

Mr Fabish said Taupō civil defence personnel have also been helping with the clean up.

"They're out in the community ... giving any assistance that's needed to the residents along there, such as moving a little bit of furniture or just assist people from a welfare point of view," he said.

A community meeting is to be held at 6.30pm tomorrow in the community hall.