Kaiaua residents and business owners are counting the cost of the latest damage from flooding to hit the community. 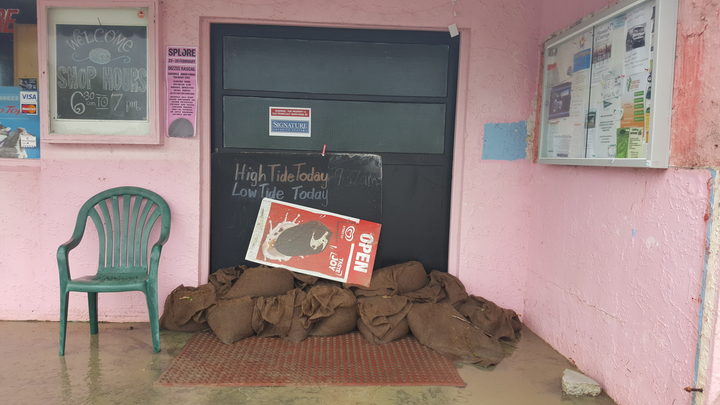 The Pink Shop put down sandbags ahead of the storm. Photo: RNZ / John Boynton

The Pink Shop owner Lynn Yeager and her daughter Laine Yeager were outside their business assessing the damage of the king tide.

Lynn has seen her business hit by three major floods in the past 15 years.

The latest was the worst by far, she says as more than half a metre of sea water rushed through the shop destroying stock, refridgerators and business records.

Yesterday evening, sandbags had been put in front of the shop to prevent damage, but they stood no chance.

Lynn was at her home north of Kaiaua when the king tide arrived.

"The waves were like nothing else and it just ate way a lot of the beach front," she said.

When she arrived at the Pink Shop this morning, she was devastated to see the latest damage as the business had just recovered from floods last year. 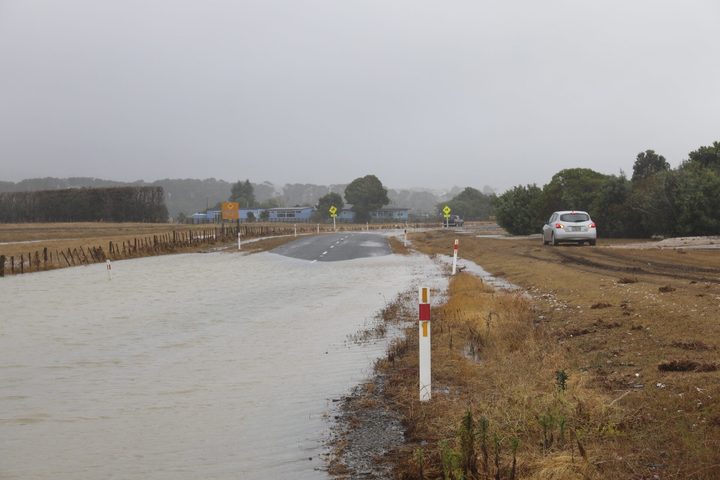 Flooding on the roads at Kaiaua. Photo: RNZ / Dan Cook

"It's not a really nice feeling to have it happen three times," she said.

"I don't think we can recoup that fast it's quite depressing."

The business had been booming over the summer months, and she did her best to protect the ice-cream coolers.

"They just tipped over and there's ice-cream everywhere... about a thousand dollars worth."

For now, Lynn said she's awaiting to see if further high tides over the next day would cause more damage.

Laine said it's heart-wrenching to see the shop left in such disarray.

"It keeps happening and we keep having to build from the ground again."

Although it was a shock to see the extent of the damage, Laine said she wants to help restore the Pink Shop.

"You've got to put the hard grind in and do the work to get it back up."