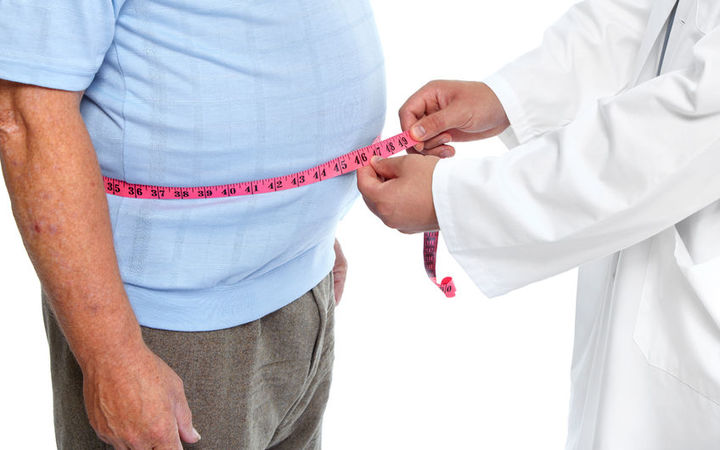 New Zealand has one of the worst rates of obesity in the world for OECD countries, said Jim Mann. Photo: 123RF

The results from the annual Ministry of Health survey show that 1.2 million adults and 99,000 children aged between two to 14 years old are dangerously overweight.

Those figures have both being increasing since 2011, with a rise of nearly 6 and 4 percent respectively from 10 years ago.

Otago University Professor of Medicine, Jim Mann, said those were terrible statistics but he was not surprised.

"My main reaction is one of continuing dismay ... the population [for obesity] is horrendous, we've got an epidemic of obesity so it's a good reminder that we've got one enormous problem in New Zealand," he said.

Mr Mann said New Zealand had one of the worst rates of obesity in the world for OECD countries.

"Our main problem ... has been that recently there has been very little attempt to tackle it," said Mr Mann.

"We need to change the environment which is causing obesity and we haven't been doing that."

He said under the last National government, not enough was being done.

Mr Mann hopes the new government will look into creating an environment for families which makes it easier for healthy eating and exercise.

"We've got to make a school environment where healthy eating is not only encouraged, but made to be the norm," he said.

He said making fruit and vegetables cheaper, banning junk food advertising and its sale within schools were all things that should be looked at.