The latest official figures from Statistics NZ show that immigration numbers are slightly lower than the previous data for the year to July, which was at a record high.

On a monthly basis, there was a seasonally-adjusted net gain of 5500 people. 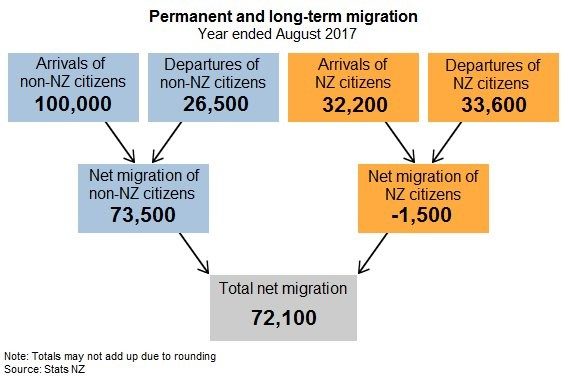 The strong economy and demand for skilled workers were influences in bringing new people into the country, as well as New Zealanders returning home.

The latest figures also revealed a record 3.7 million tourists came to New Zealand for a break in the year to August, while Kiwis departed on 252,100 trips overseas in August, up 7 percent from August 2016.