A 100,000-person surge in New Zealand's population over the past year is putting more strain on the country's infrastructure and housing, warn economists. 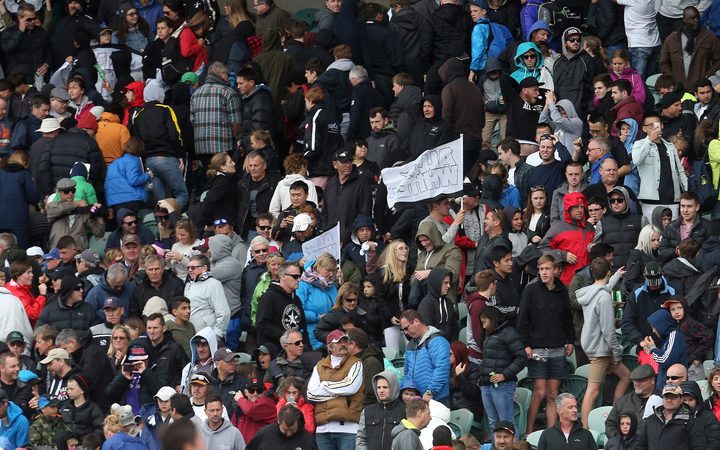 New Zealand had a record growth in population over the past 12 months. Photo: PhotoSport

New Zealand has experienced a record annual increase in population, with an extra 100,000 people calling New Zealand home in the June year. Most of them are immigrants, 72,000, taking the total population to 4.8 million.

But economists say the population growth has come at a great cost.

Michael Reddell, an independent economic commentator, said the high levels of immigration did not mean New Zealand would be better off, as many would end up working in industries that did not add to the country's export earnings.

"It's undermining the ability of our economy to achieve productivity growth - that's what makes us better off in the long-run. It's not everything, but it is almost everything," he said.

"We end up having to devote too much in the way of resources to building houses for each other, when those resources could be better used for building export industries and making us all better off."

Fellow economist Ganesh Nana said the high levels of immigration had put the country under strain.

"We are reaping the short-term gains from a population boom, unfortunately I think we are setting ourselves up for some significant negative costs over the longer term," Dr Nana said.

Those included congestion costs, social cohesion, and trying to catch up on infrastructure, he said.

Dr Nana said he favoured doubling the size of the population to 10 million, though he said the stresses the country was currently under showed the need for a strong plan for population growth.

"The big, missing piece of the jigsaw puzzle in my mind is nobody says, 'well, how big are we actually planning for'," he said.

"If we put that in the jigsaw puzzle, it makes it a little bit clearer whether the infrastructure is too much or too little and what is missing.

"If we don't have an idea of how big we're planning for then it really is a matter of continuing what we've always been doing and playing catch-up," he said.