A short-term $1 billion funding plug is needed for a widening gap in Auckland's future transport needs, a leaked report says.

Population growth has led the Auckland Council and the government to agree to an earlier start on light rail and a fleet of electric trains, but this has left open the question of how to pay for the infrastructure. 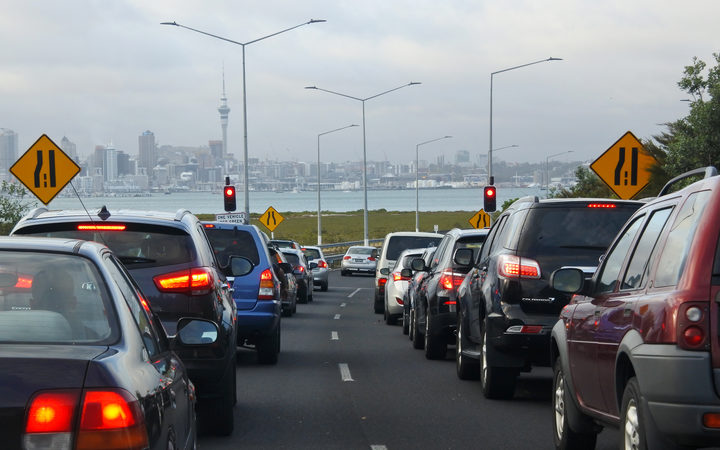 Auckland mayor Phil Goff has conceded rates may have to rise higher than his 2.5 percent election promise, and that an interim transport levy on ratepayers - due to lapse next year - may have to be extended.

An updated version of the Auckland Transport Alignment Project, which was leaked to Labour's Phil Twyford, showed the funding deficit for the next decade blowing out by $1.9 billion to reach $5.9bn.

About $1bn of that needed to be found for a three-year period starting next year. Most of that came from accelerating - by four years - the completion of the first leg of a light rail line from downtown to Mt Roskill.

Another big ticket item will be the second expansion of Auckland's electric commuter rail fleet, expected to be needed around the opening of the City Rail Link tunnels, earmarked for 2023-24.

The big unanswered question is how the growing funding gap will be plugged, especially for 2018-21 when the deficit rises from $380m to $1.3bn.

Mr Twyford said National had rejected all of Auckland Council's proposals for generating extra revenue to cover the funding shortfall, but hadn't come up with any answers of its own.

"National won't say where the money is coming from for its plan. Either they don't want to be honest with Aucklanders about how the funding will be raised, or they are going to force the rest of New Zealand to pay for Auckland's growth."

Mr Twyford said it was "completely irresponsible" of the government not to come clean on the funding.

"Last week they announced $2.6bn worth of new, mostly roading projects, and they said nothing about how they are going to fund that ... So, where's the money?"

Minister of Transport Simon Bridges, in response to a question in Parliament from Mr Twyford on Thursday, said:

"I'm very confident we can do the job required. We've already got strong revenue from petrol taxes and road user charges - more than we thought - and more coming in than forecast."

Mr Goff and the Labour Party have called for a 10 cents a litre petrol tax in the city to bring in an extra $160m a year, but the government has rejected the idea.

Mr Bridges told RNZ that while the government would pick up the lion's share of the investment, the council would not get off "scott-free".

Mr Goff told Morning Report he would prefer not to extend the transport levy of $114 a year on households, nor to raise rates further, but that could happen.

"Nothing is ever set in stone, but we have had a really fast increase in population, and that has to be in the mix."

Mr Twyford said Aucklanders should have to put their hands in their pockets and pay their fair share, and it was reasonable to expect they would be willing to chip in.

"That's important because you can't ask people in Whanganui, Invercargill and other regional centres to just write a blank cheque to fund Auckland's growth."

He said Labour would use a regional fuel tax, targeted rates and infrastructure bonds to cover the shortfall if it was elected.