National and Labour have started their battle for Auckland voters by laying out their plans to tackle the city's transport woes within hours of each other. 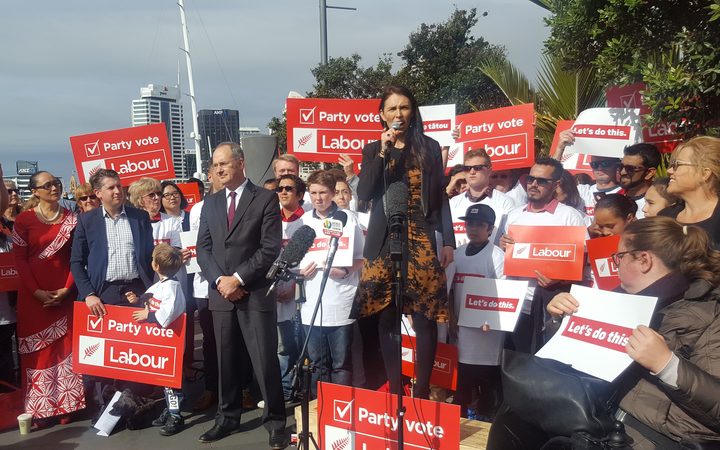 Labour's policy was already in the pipeline before Jacinda Ardern took the top job, but it was her first public rally and announcement since becoming Labour leader less than a week ago.

If Labour formed the next government, Ms Ardern said it would build light rail to Mt Roskill in four years, and to the airport and west Auckland within a decade, then build a line connecting the North Shore to the CBD.

"In total our package is about $15 billion, about $2bn more than the National government has proposed, but with a significantly different focus, a transformational change, but obviously we will need additional revenue to bring in a package as significant as this."

Ms Ardern said funding would be freed up by getting better value for money from the East-West Link and making a law change so that Auckland can use a regional fuel tax, infrastructure bonds and targeted rates to help fund the infrastructure building.

She estimated the regional fuel tax would bring in about $160 million in annual revenue. 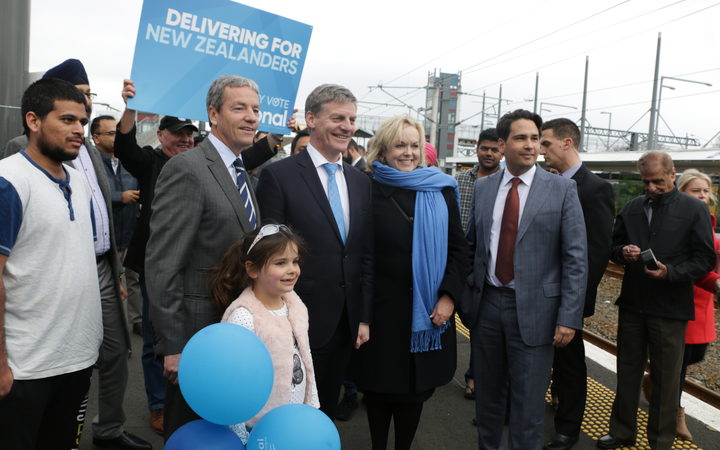 About two hours after Labour's announcement on the waterfront, Prime Minister Bill English made his pitch to voters at the Papakura railway station.

If re-elected, National would electrify the line between Papakura and Pukekohe and begin construction of a third main line between Wiri and Westfield.

"Effectively what's going to happen is that it's going to double the capacity out here, but I think more importantly than that, it's quicker, more reliable services.

"So what we know is if you put one train on, you're effectively taking a couple of hundred cars off the road."

"It's a matter of priority so the Waterview [tunnel] has taken the pressure off the airport route in Auckland and so we're making a priority out of the rail and other roading links that need to be financed."

Mr English said light rail to the airport was a good idea, but it was not a priority right now.

'It's been a good week for Auckland' - Goff

Auckland mayor Phil Goff is celebrating commitments by both National and Labour to tackling the city's traffic problems.

Mr Goff - a former Labour leader - endorsed Labour's pledge to build light rail from the city centre to the airport within a decade.

He called it a "bold and positive" plan with echoes of his priorities when he campaigned to be mayor.

"Auckland is the gateway city and that gateway is becoming more and more congested and gridlocked."

Mr Goff also backed Labour's proposal to partly fund the light rail through a regional fuel tax, something he'd pushed for in the past, but the government rejected.

"I'm very supportive of the statements made by [Transport Minister] Simon Bridges that the government was ready to spend its share of the $27bn that we need to put into transport infrastructure in Auckland in the next decade."

And while light rail was not a priority for the government, Mr Goff said they'd had some "very constructive discussions".

"The government is realistic and knows we have to have rapid transport to the airport with the CBD. The ball is in the government's court."

"I've been working much more closely with the government ... I think it's really good to see both Labour and National acknowledging the costs of congestion," he said.

"It's been a good week for Auckland."