Principals have scotched the National Party's claims that school buildings are in their best condition ever and that 3700 prefabricated rooms are state-of-the-art classrooms. 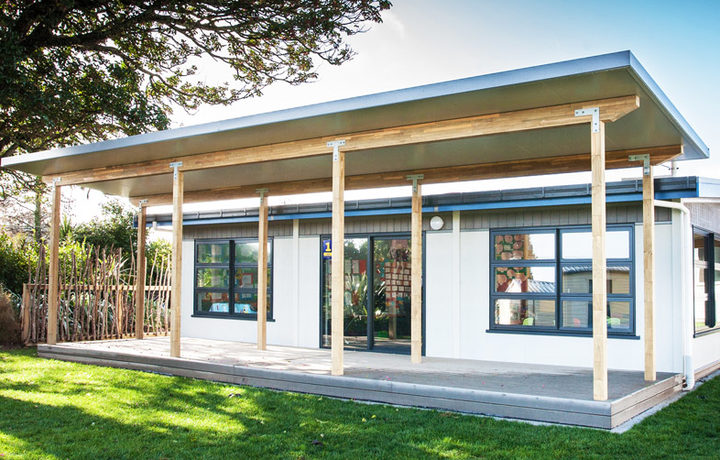 In Monday night's leaders' debate, National Party leader Bill English said the government had spent about $5 billion bringing schools up to scratch after 20-30 years of poor management, as well as $1bn on new schools in Christchurch.

He said the prefabricated classrooms were "modern learning environments" - a new style of open-plan classroom.

But principals told RNZ that was not true.

She said Mr English's claims that such buildings were modern learning environments provoked an instant reaction from her colleagues.

"My phone was going red hot from not only from a couple of principals but also a lot of staff, a lot of teachers around that I know saying "hang on a minute, we've got a lot of relocatables and they are definitely not modern learning environments," she said.

"Out of a lot of things in the debate it really did stand out because it's not true," she said.

Ms Alderson said she did not agree with Mr English's claim that schools were in the best shape ever.

"There's many schools around that are in dire need of modernisation and that costs a lot more than what can go into your property grant, and then there are schools like mine that are twenty first century schools that unfortunately have got leaky building syndrome," she said.

Principals' Federation president Whetu Cormick said despite the government's spending on property, a lot of schools were not in great condition.

"We've got schools that are struggling where they are over-crowded and we hear of schools having to use staffrooms, libraries, old dental clinics for young people, and in some cases prefabs are being delivered to schools.

"These are not modern learning environments, they are merely spaces to fill the gap where the school is overcrowded."

Secondary Principals' Association president Mike Williams said the government had spent a lot on property, especially in Christchurch and on leaky buildings at some schools.

But he said there were still a lot of problems.

"An awful lot of our infrastructure dates back to the '50s and there's no sign of that being replaced in the near future," he said.

Mr Williams said very few of the prefabricated classrooms were new buildings and many were 30 years old.

"It is challenging, we've had Christchurch, we've had leaky buildings so a huge amount of money has been invested so that is a positive," he said.

"But I think it is misleading to say that everything is looking wonderful - there are still big challenges ahead for whoever is in government to deal with the aging infrastructure."

The National Party leader said in a statement many prefab or relocatable classrooms had been modified to incorporate features of modern learning environments.

"Schools vary in the extent to which some or all of these features are delivered," it statement said.