A community group against a bait drop in Nelson is denying any involvement in an attack against National MP Nick Smith. 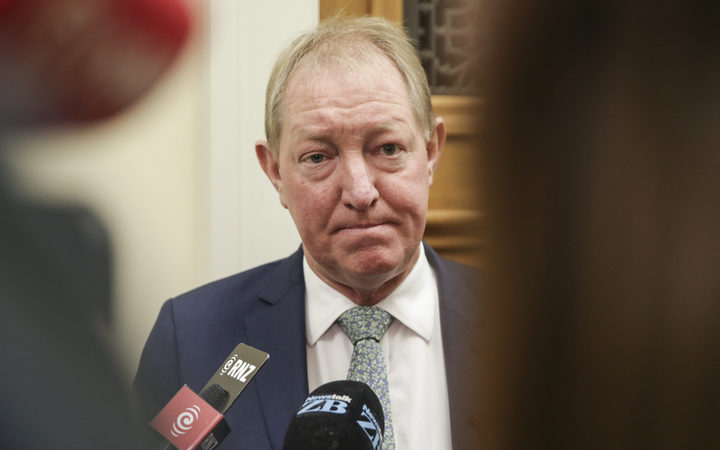 Dr Smith said he laid a complaint with police after a couple protesting over the Brook Waimarama Sanctuary pest operation threw rat poison at him and threatened his family at his weekly constituents' meeting at the Nelson Market on Saturday.

The Brook Valley Community Group recently lost its High Court bid to stop the sanctuary from dropping tonnes of brodifacoum-laced pellets in the area.

The first drop was on Saturday.

The group's chairman, Christopher St Johanser, said he did not know who threw poison at Dr Smith, and his group was not involved.

"I have no direct knowledge - nor does any member of our group - of what [is] supposed to have taken place yesterday at the market. It's certainly not our responsibility," he said.

"Our community group's position is that we do not plan, activate or condone any illegal activity by any person at any time for any reason.

"We certainly do not condone any act of the kind that Mr Smith alleges was taken upon him."

Mr St Johanser said his group's approach was to protest by using the law.

He told Morning Report one of their members had witnessed the incident in the Saturday market and told him the couple didn't have physical contact with Dr Smith.

Dr Smith said the attack began with verbal abuse, then a "bit of a shove" and "slapping rat poison around my face and clothes".

He said the couple left after police were called but continued threats to poison himself and his family.

"I said I was more than happy to have a conversation with them but they should stop throwing rat poison around."

Jenny Sauer, a long-term volunteer at the MP's weekly meetings at the market, said material thrown by one of the people hit her, and it looked like rat poison.

Dr Smith said yesterday that he was "quite tolerant of peaceful protest" but "this has gone too far and I have lodged a formal complaint with police".

He said it came after the sabotage of a sanctuary fence and a hole being drilled in a fuel tank for helicopters involved in the poison drop.

"This escalation is getting out control and the Brook Valley Community Group opposing the pest control needs to condemn these criminal acts."

Police said they was aware of the incident and were making enquiries.