National Party member Nick Smith said poison was thrown at him and his family were threatened while at a weekly Nelson market yesterday. 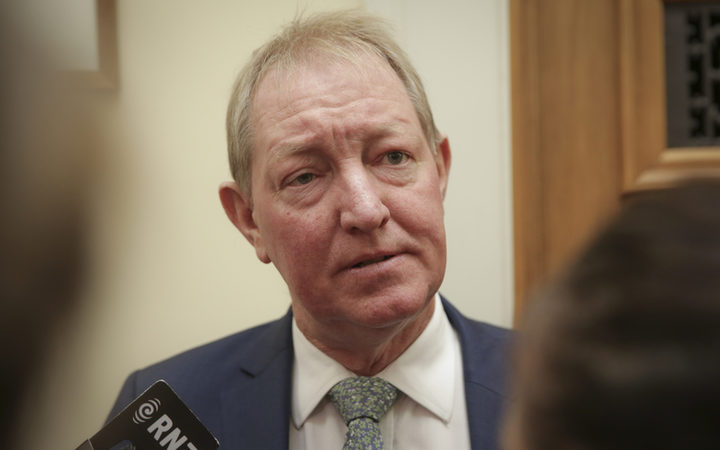 Dr Smith said he laid a complaint with police after a couple protesting over a pest operation threw poison at him and threatened his family at the market.

"The incident was disappointing because people are generally respectful at the Nelson market even when they disagree with government policy or my views.

"It started just with verbal abuse and throwing rat poison, but escalated into shoving and rubbing rat poison over my face and clothes.

"Thankfully there were volunteers close at hand who simply rang the police, at which point they threatened to poison myself and my family."

Dr Smith said there wasn't any harm done other than a reasonably frightening situation.

In an earlier statement, Dr Smith said the couple left once police were called but they continued with threats to poison the Smith family. He said he was tolerant of peaceful protesters but the incident went too far and he lodged a formal complaint.

The indicident comes after the sabotage of a sanctuary fence and a hole being drilled in a fuel tank for helicopters involved in the poison drop.

"This escalation is getting out [of] control and the Brook Valley Community Group opposing the pest control needs to condemn these criminal acts. This matter has been to court three times, twice in the High Court and a third in the Court of Appeal. The courts have ruled clearly that the pest control operation is lawful. The regulation and monitoring of the poison is tight and the environmental benefit of a pest free sanctuary is huge.

"It is time opponents accepted the court ruling and stopped these illegal acts."

The community group lost a bid to stop a Nelson bird sanctuary dropping tonnes of bait for pest control on a forest and a riverbed. The group went to the High Court in Wellington in an effort to stop the proposed aerial drop of brodifacoum at the Brook Waimarama Sanctuary.

However the lawyer for the Brook Valley Community Group, Sue Grey, said Dr Smith's allegation that members of the group deliberately sabotaged a fuel tank was false.

She described the allegation as "mischievous and contrary to all the evidence".

"It is ridiculous to suggest that someone was secretly able to get through the security fencing, past security guard and damage a substantial metal fuel tank without anybody noticing," Ms Grey said.

The proposal would lead to 26.5 tonnes of brodifacoum poison baits being dropped over an area which includes forest land and a riverbed in an effort to rid the sanctuary of a range of pests, including stoats and weasels.