The release of 36 North Island robins or toutouwai onto Mt Taranaki yesterday has been likened to an alien abduction.

The robins have not been seen in Egmont National Park since 1905 and are being reintroduced as part of the $24 million environmental project Taranaki Mounga. 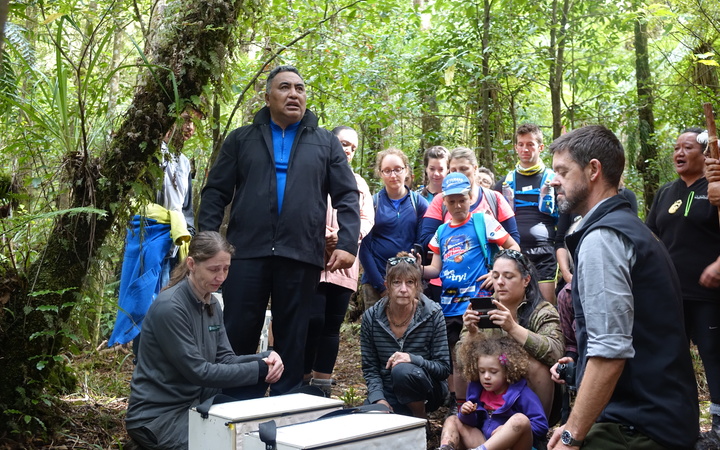 Conservation consultant Dr Kevin Parker, who was a key player in the translocation, said the process asked a lot of the birds.

"What they've been through is really alien abduction, you know. They're just out in their homes, we catch them, they get handled, processed, blood sampled, banded, shoved in a box, road travel and all the rest.

"We have very good protocols and have been doing this a very long time, but it's still a stressful experience and so for me until the birds are out of the box, I don't relax."

Dr Parker, who is a Marsden grant recipient for his work on translocations, said he was impressed with the condition of the forest on Mt Taranaki and the amount of birdlife he could hear. He was confident the toutouwai would settle and thrive.

"They are the first of what will be many translocations here and from an ecological science point of view you can say it's about ecological restoration but at a more spiritual level it's about returning the mauri right? Returning the life force of this forest." 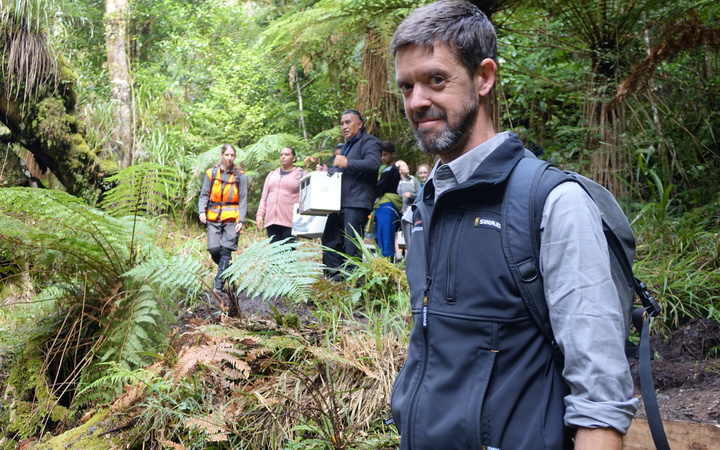 Dr Kevin Parker who has a Marsden grant to study the translocation of birds likens it to an alien abduction. Photo: RNZ / Robin Martin

Joining Dr Parker on the 1.5-hour trek into the bird release site yesterday were dozens of iwi members, Department of Conservation staff and volunteers.

Taranaki and Te Ātiawa iwi collaborated with Ngāti Rereahu, the mana whenua of Pureora Forest Park, to bring the birds to Mt Taranaki.

Mr Eriwata said the toutouwai or the pi toitoi as they were known in the King Country, were lured into traps using mealworms.

"It's a little wee cage type thing and you open the door and there's a bit of a mechanism to it and there's also a tray inside where you've left some worms to attract the robin and as the robin goes in it goes to sit on this perch it releases a catch which shuts the door."

Mr Eriwata said it was culturally significant the toutouwai was returning to Mt Taranaki, but it would also also add a fun factor to park. 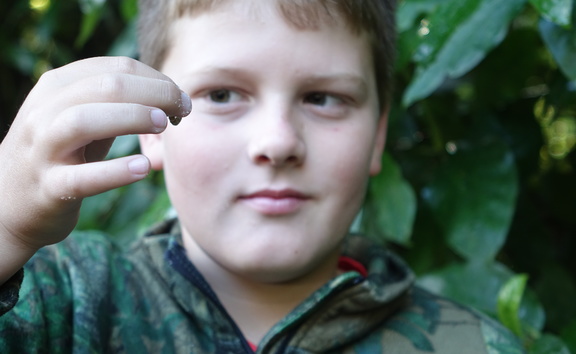 Lepperton School pupil Monte Woodward, 9, with a mealworm he had brought to feed to the robins. Photo: RNZ / Robin Martin

"I see them them as a very curious type of bird. They're small and they can be quite curious but you've got to attract them by making a bit of noise or talking as you're walking through the forest and they get very interested in what us humans are doing."

Monte Woodward had been farming mealworms for the translocation project with his Lepperton School mates and was on hand for the birds' release.

The 9-year-old had a small container with a hand full of mealworms for any hungry bird that happened to be tempted. 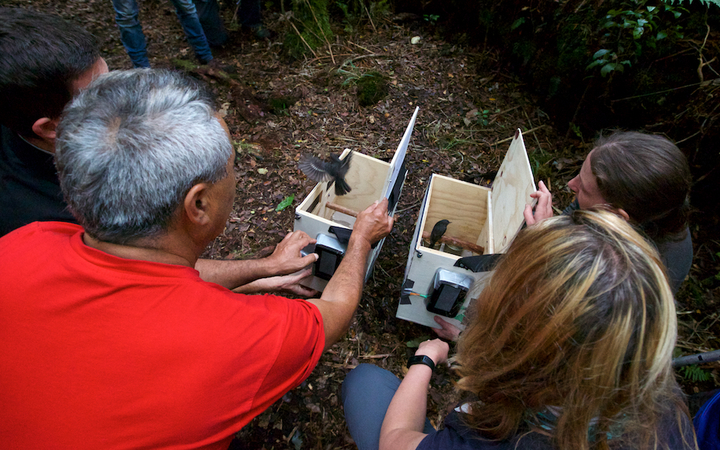 Hoani Eriwata of Te Ātiawa - who travelled to the King Country and helped capture the birds - was among those who helped to release them onto Mt Taranaki. Photo: Supplied / Mark Dwyer

Mr Tepu said when the iwi was asked if it would be okay to relocate some birds they said yes straightaway - and then they went and asked the birds.

"If we are asked face to face we say yes or no as simple as that but for me I would go from there and actually go to the birds and go 'would you like to go?'

"They are the kaupapa and if you ask sweetly enough and basically you check the area out and its got all the natural resources for the manu and that, then they'll take, they'll settle."

The robin is the first species released by project Taranaki Mounga so far and it has been chosen because it is not endangered and has thrived elsewhere.

A collaboration between the Department of Conservation, eight Taranaki iwi and philanthropic investor NEXT Foundation, project Taranaki Mounga hopes to release about 60 robin into what will be the largest area of non-toxic rat control in New Zealand.

More than 2000 self-resetting A24 traps have been deployed over 1000 hectares on the northern slopes of the mountain, following earlier drops of the 1080 pest control poison. 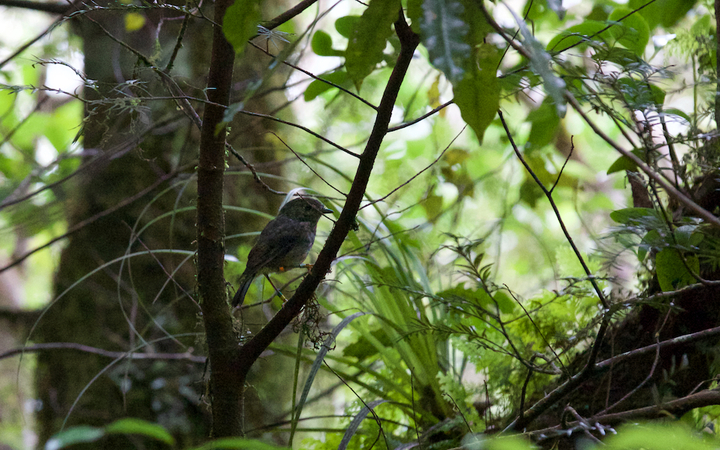