New Zealand's goal to become predator free by 2050 is wasting a valuable resource in the process, a possum-fur industry veteran says. 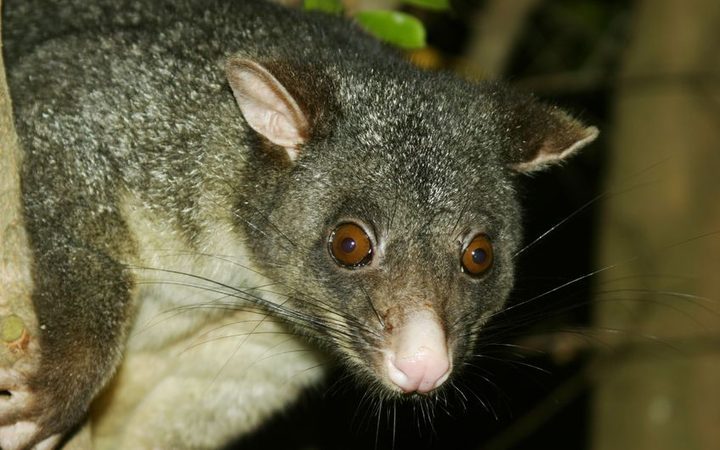 The use of poison to control possum numbers is a waste of their fur the owner of a possum fur store says. Photo: 123RF

Carol Gray has created and traded possum-fur products for more than 40 years through her Hokitika shop The Possum People.

She said out of the three million possums killed per year, at least one million carcasses were left unusable after death by posioning.

The other two million possums were killed by methods such as trapping or hunting and could still be used.

Operational Solutions for Primary Industries (OSPRI) is an industry-led organisation that carries out 1080 drops under contract to local authorities.

The Department of Conservation (DOC) also uses poisons for pest-control.

Mrs Gray said the possum fur industry should be working more closely with OSPRI and DOC so the possums killed under their programmes could then be used to create other products.

"It never leaves the carcass, the [poison] stays there. Right down to rotting stage it is still in that carcass so [there is] no commercial use of those animals."

Conservation Minister Maggie Barry agreed possum fur was a valuable resource and it was a shame some carcasses were wasted, but urged people to see the bigger picture.

"It is a waste, but to me the only good possum is a dead possum."

Trapping and other methods had their place, Ms Barry said.

"But given the scale of the issue it isn't going to go anywhere near where it needs to if we need to get on top of the possum problem - which we definitely do."

Ms Barry said it was more likely poisoned carcasses were unusable because the possum had crawled away after eating the poison, which meant the body deteriorated, rather than the effect of the poison itself.

He said fur from a poisoned possum could be used if it was caught straight away, but finding it would be highly unlikely.

"It'd be like finding a needle in a haystack," he said

Labour's Primary Industries spokesperson Damien O'Connor said the use of poisons needed to be reviewed and he agreed more carcasses should be used.

"I think it's time to sit down and have a good discussion and a reset on this whole thing."

The possum-fur industry was doing well, he said, but still had real potential to grow.

"We don't want to necessarily grow the number of possums but we want to actually capture more of the fur from the existing possum population that we want to reduce," he said.