Dead kiwi are being unloaded from Department of Conservation (DOC) freezers in Northland, for hapu who want to use the feathers. 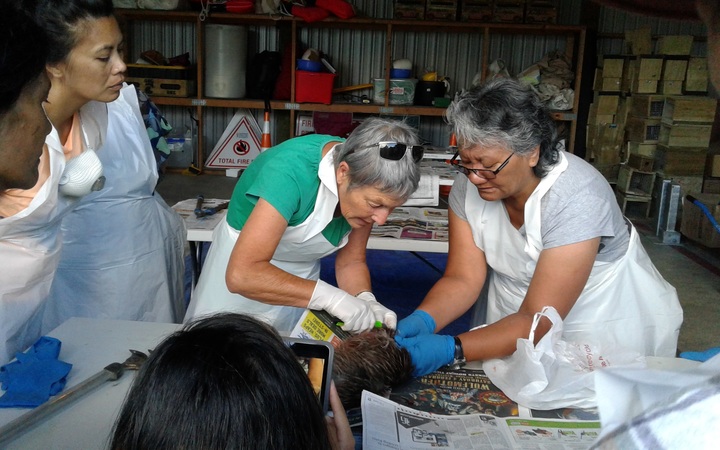 Hapu members at a workshop in Northland watch as a dead kiwi's pelt is removed. Photo: Supplied / DOC

Since 2013, DOC's Kerikeri office has put about a hundred kiwi on ice after they were killed by cars, possum traps and pet dogs.

It has begun hosting workshops with Māori weavers, who can teach others how to remove the pelts with feathers intact, and preserve them to make korowai.

DOC Bay of Islands manager Rolien Elliot said there were about 60 birds in the freezer at the moment.

DOC keeps them because they are protected, dead or alive, and are regarded as taonga by Māori, she said.

It was sad that so many kiwi were still being killed in the north, but at least their feathers would not be wasted, she said.