Protesters against 1080 poison are warning that new rules regulating its use will do nothing to help New Zealand become predator-free.

The new rules around 1080 come into effect in April. Photo: FOREST AND BIRD

The government has announced the use of 1080 and brodifacoum will soon be under the central administration of the Environmental Protection Authority.

Environment Minister Nick Smith said the changes meant a consistent set of regulations throughout the country, rather than each regional council setting their own pest control rules.

A consultation process on the changes was held last year, but anti-1080 groups said their views were completely ignored.

Bill Wallace, leader of the Ban 1080 political party, who made a submission, said the consultation process was a farce. 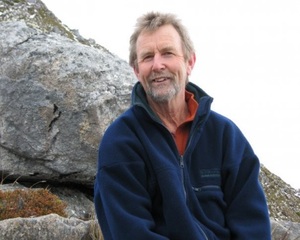 "They tell you what they're going to do, there's never been consultation.

"We've been using it for 64 years and not a single native bird has actually increased in numbers in that 64 years - in fact we should call it streamlining the extinction of kea," he said.

Mr Wallace said 1080 was a cop-out approach to conservation and self-setting traps would do a better job.

He was also uneasy about the lack of independent oversight when it came to discussions about 1080.

The group Farmers Against 1080 also held concerns about the new regulations.

Spokesperson Mary Malloy, a South Westland dairy farmer, was worried the public would not be notified when a 1080 drop was happening.

She thought it would be unlikely that communities near drop sights would get much say in applications to use 1080.

"It's really quite a frightening state for New Zealand to be in."

Ms Malloy said drops were already happening too close to farmland on the West Coast and during the tourist season.

But the Minister for the Environment, Nick Smith, backed the use of 1080 to control pests.

He was confident the new rules were safe and would help speed up the process of applying to drop 1080.

"The national rules are very tight, they ensure that the risks are properly managed from both a safety and environmental point of view.

"There's a notion of having every one of our councils having arguments about whether they can use 1080 or not doesn't actually help anybody," said Dr Smith.

He said all the regional councils backed the changes and believed a central agency was the best place to make decisions about 1080 and brodifacoum.

"It also gives them more consistency in terms of the rules and regulations around how 1080 is applied, it's used, at what time of the year, those types of things," said Mr Yule.

"We've supported it being put into a national basis."

Mr Wallace from Ban 1080 was adamant that the new process would be a whitewash with local communities getting no say on the matter.

But Forest and Bird chief executive Kevin Hague said the requirements for public notification of 1080 drops would be clearer.

Making one single national decision was the most efficient way to help the country's endangered species, he told Morning Report.

The new rules come into force on 1 April.