A fire that engulfed a multi-storey building under construction in an Auckland housing development was so fierce it melted nearby traffic lights.

Sixteen crews were sent to fight the flames tearing through the building, which was nearly fully built, in a block of town houses on Hobsonville Point Road.

The force of the blaze blew out windows in the block.

"We had lots of calls to it - it was obviously well visible."

Mr Booth said the fire was being treated as suspicious.

"When we first got here the corner building was on fire," he said. 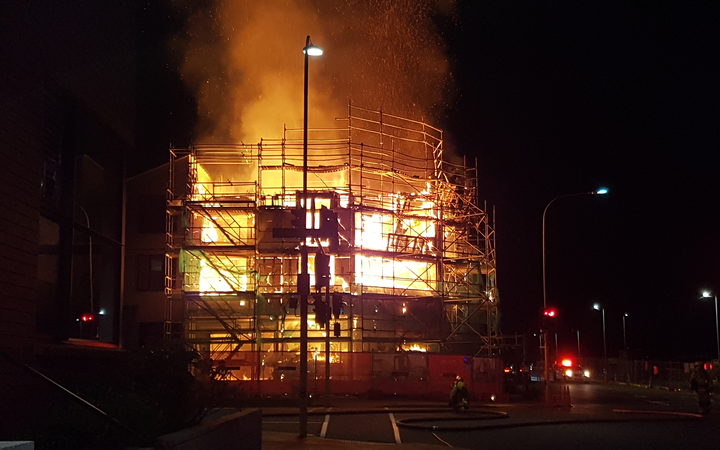 Mr Booth said the initial fear was that the blaze would spread through the entire block of newly constructed and under-construction town houses.

"Once the fire reached the end of the building to a big concrete wall we knew it wasn't going to go any further than that."

Shona Morse, who lives opposite the gutted three-storey building, heard windows shattering and saw some scaffolding fall down.

Residents in adjoining town houses, evacuated when there were fears the fire would spread, have been allowed back into their homes.

Ms Morse said the building was being dried out overnight by gas heaters, which could have caused the fire.

Mr Booth said the scaffolding had been damaged by heat, but an engineer had inspected it and decided it was stable.

There was no danger to people in surrounding buildings, he said.

Once the flames were under control firefighters using breathing apparatus were able to enter the building. 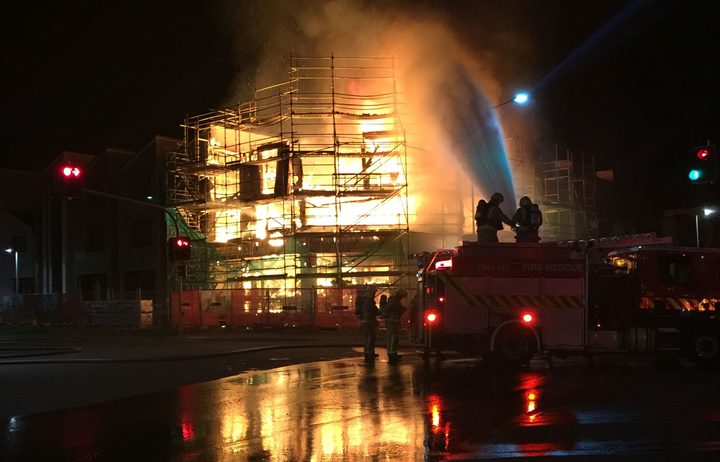 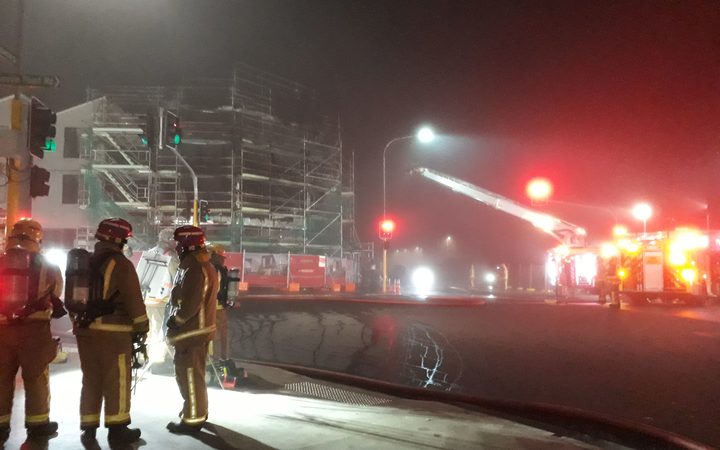