Havelock North residents who held a candlelit vigil a year after water contamination in the town say they are still being affected by pain and illness. 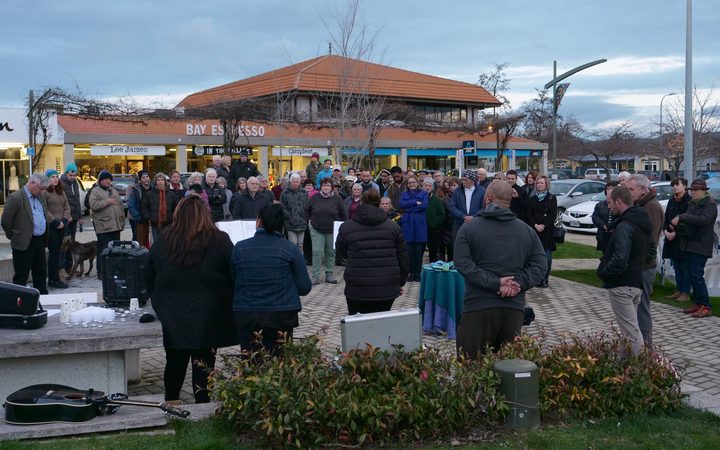 Sixty locals turned out to the vigil next to Havelock North's central water fountain. Photo: RNZ

The vigil was held in the Hawke's Bay town last night to mark one year since the event, which left more than 5500 people sick and has been linked to three deaths.

The chilly night did not deter the more than 60 locals who gathered to raise awareness about the importance of safeguarding drinking water.

The memories of the first days of the contamination were still very fresh for those who attended.

"I couldn't leave the house, we needed to be near the bathroom," one resident, Barry Erickson, said.

His wife, Pauline, said although she avoided infection she had to look after both Mr Erickson and his elderly mother at home.

"They couldn't take her to hospital. The hospitals here were overloaded."

The continuing effect of the illness was stopping him doing everyday jobs, Mr Erickson said.

"The thing that annoys me is I can't paint the house. I don't think I'd have the strength in my right hand to get the lid off the tin of paint, let alone stir it or get it on the house."

Another resident, David Mackintosh, told the crowd his wife, Kerry, got campylobacter twice and went on to develop reactive arthritis and Guillain-Barré syndrome, which causes rapid muscle weakness.

As a result, she was left paralysed one night. Although she was able to move now, she has a long journey of rehabilitation ahead, he said.

"Kerry could have been in a wheelchair if she didn't will herself to get out of bed and lift her leg and move it.

"She's only 53 ... She never complains, but she'd just like to walk freely again. She's been a very active person and she feels [like] an old woman in a young person's body," he said. 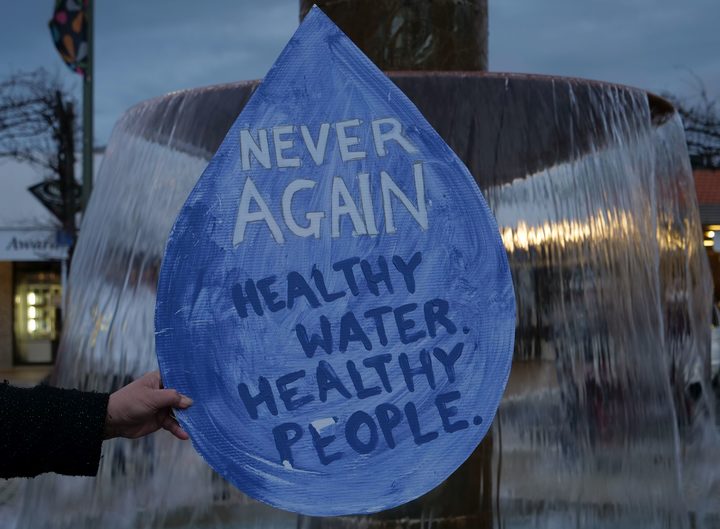 One of the organisers, Marnie Prickett, said the vigil was a reminder that water quality needed to be protected.

"There's been a lot of anger around water, and we wanted to bring it back to that place of being reverent around water.

"A lot of us [people in general] have been thinking water doesn't need our protection and our respect and that it will never suffer."

But taking it for granted and treating it badly had translated into Havelock North residents suffering, she said.

Mr Mackintosh, like many of the residents, said they felt positive about moving forward, but hoped lessons had been learnt.

"It's a good wake-up call for our council and every council not to take their official positions for granted and to stick to the core activities of what they're here for: that's to look after the infrastructure.

"I think they'll all admit they've been a bit cavalier of looking after the wellbeing of the citizens."

The first report as part of the government's inquiry into the water contamination was released in May; the second report is due later this year.