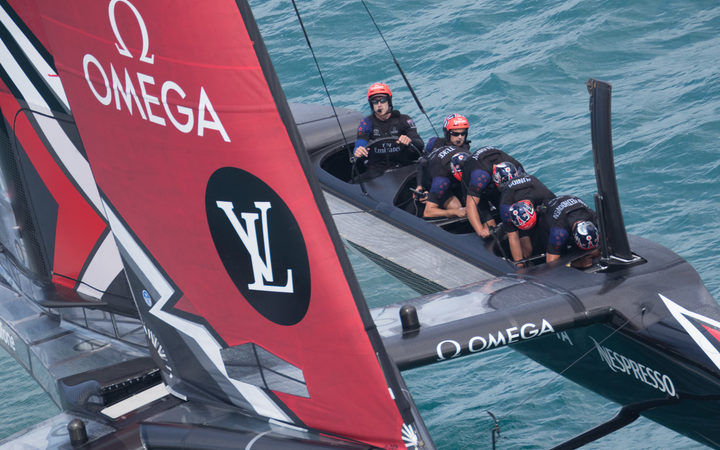 The team and the Auld Mug arrived at Auckland Airport yesterday, where they were met with rapturous cheers.

Starting on Queen Street at Wakefield Street at 12.30pm, today's victory parade will go down Customs Street East, Gore Street and Quay Street, finishing about 3pm at Princes Wharf and the Viaduct harbour.

The team will then take to the water and sail around the Viaduct Basin, North Wharf, Hobson Wharf, Princes Wharf and Queens Wharf.

Police said fans should allow plenty of time to get to the event due to large crowds, traffic and road closures.

Auckland Transport said many main central roads would be closed and parking restrictions would apply throughout the area between 9am and 3pm.

Public transport timetables would operate normally, but with some bus routes diverted and extra buses on key routes.