Team New Zealand has been welcomed back to Auckland as it brings the America's Cup home.

After wresting the cup from Oracle Team USA in Bermuda last week, the team is preparing for its official victory parade in Auckland. 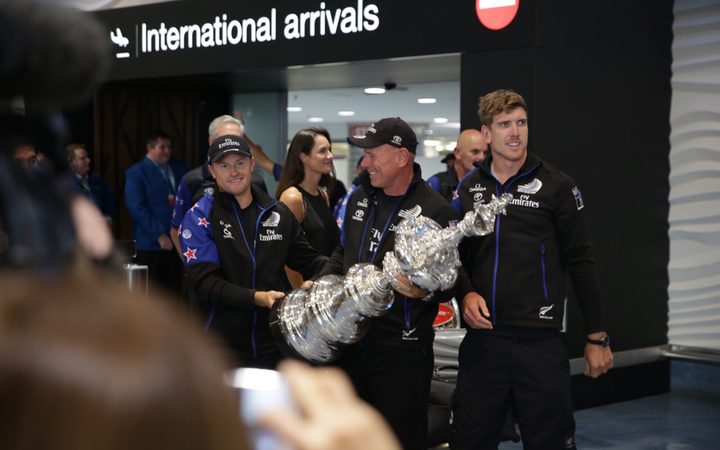 The team arrived from Dubai just after 11am and emerged to cheers from waiting fans shortly after midday.

And the America's Cup is back. Note Peter Burling in jandals @rnz_news pic.twitter.com/X8rzD4YVb1

Several hundred people had gathered in the international arrivals area - among them family members of the crew.

Fans will have another chance to see members of the victorious yachting team as the victory parade makes its way down Queen Street towards the waterfront from 12.30pm tomorrow.

The cup-holders will then take to the water from the Viaduct Basin for a sail past.

Ashby said it had been a long time coming.

"It's a little bit surreal to be honest," he said.

"It's been just a few days since we got the boat across the line and managed to win the auld mug but to be back here as a team, as a full team, and to be able to share it with everybody today just arriving at the airport, it's an amazing feeling.

"To walk through those doors it's something that I'll probably never ever forget for the rest of my life. It's very special."

Blair Tuke remembers when NZ first won the America's Cup in 1995. Says it's incredible to be part of a winning team @rnz_news pic.twitter.com/tx2Qaph0GP

Team New Zealand trimmer Blair Tuke said a huge number of people had contributed to the team's success, putting in many hours of work over the years, including designers and boat builders.

He said it was a special feeling to bring the Cup home. 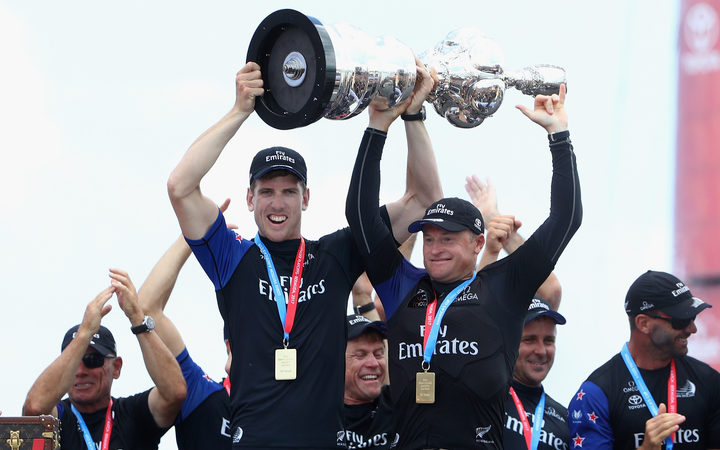 Team NZ is bringing the Auld Mug home after 14 years away thanks to a 7-1 win over Oracle Team USA in Bermuda. Photo: AFP