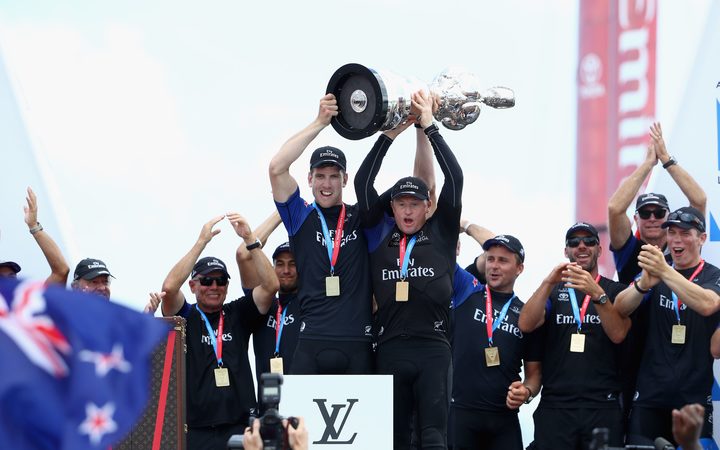 Team NZ is bringing the Auld Mug home after 14 years away with a 7-1 win over Oracle Team USA in Bermuda. Photo: AFP

The Auckland parade will take place on Thursday, starting at 12.30pm.

Fans will be able to see members of the victorious yachting team as the parade makes its way down Queen Street towards the waterfront.

The cup-holders will then take to the water from the Viaduct Basin for a sail past.

Mayor Phil Goff said that while Queens Street had initially been ruled out as a parade route but "city agencies have worked collaboratively to bring the parade down Auckland's main street in the heart of the city".

"Auckland Council welcomes its partnership with central government to welcome the team home," he said.

Check out full details of the planned route on the council's website here. 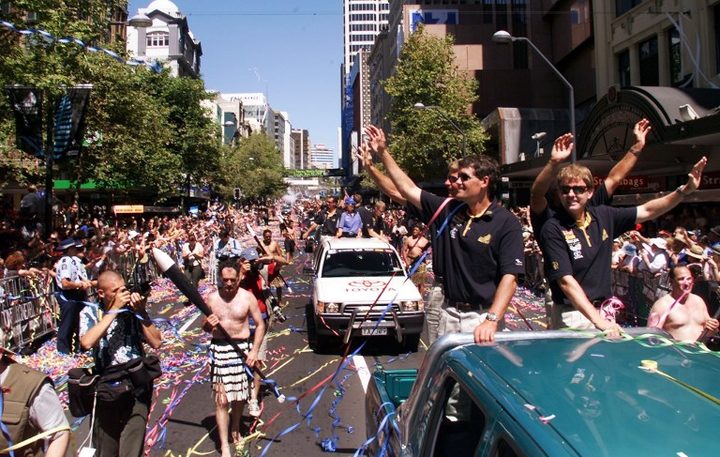 Team New Zealand crew during the ticker-tape parade attended by thousands after they successfully defended the America's Cup 2000. Photo: AFP