Hosting the next America's Cup could inject at least half a billion dollars into New Zealand's yacht industry, an industry leader says. 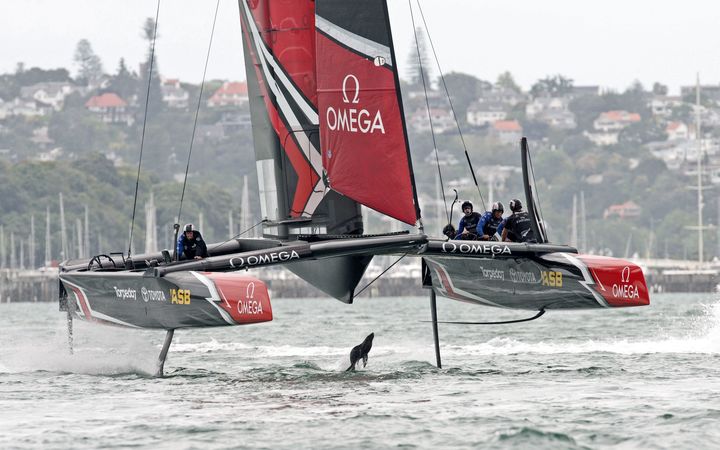 Team New Zealand on the Waitemata harbour before the Cup. Photo: PHOTOSPORT

Peter Busfield of the Marine Industry Association said that since Auckland last hosted the event in 2003, boat building had boomed. He expected another leap would come with the next one.

"A grease and oil change is half a million dollars for a superyacht. They need a warrant of fitness every five years and New Zealand is probably the best place in the southern hemisphere to have that.

"And they can easily be a couple of million dollars for that service. And then at the same time if they want to change the decor of the vessel you can add another $3 million to that."

He said Auckland normally hosted about 50 superyachts per year, and hoped the Cup would lift that number to 120. Bermuda, where he spent the last four days, normally saw just two superyachts but because of the competition 70 had visited the small island.

C-Tech managing director Alex Vallings said the Auckland-based carbon fibre specialist had been involved with Team New Zealand for 15 years, and the orders were pouring in after Bermuda.

"We were just five people back then and we worked from a tin shed on a farm out in Waitakere. We were not so keen for the America's Cup sailors to come out and see our backyard operation at that point. Now things have changed though, we're in a new factory on Rosebank Road with 40 staff."

He said it all started when he heard people complaining about the quality of the sail battens at the start of the 2001 Volvo Ocean Race in South Hampton.

C-Tech designed their own version and took it to Team New Zealand. He said they tried it and liked it.

"It kind of snowballed into an exclusivity agreement ... and at the same time we started developing the market into superyachts."

The business has more than 22,000 patents and is the world leader in sail battens, he said.

From its Avondale factory it made Team New Zealand's wing control system, parts of the dagger foils, the rudders, tubing, the fairings and the bicycle parts.

The next Cup is expected to be worth several hundred million dollars to Auckland if the city hosts it, Auckland Chamber of Commerce chief executive Michael Barnett said.

New Zealand did need to plan for the wealthy yachting tourists, he said.

"We know that we're dealing with a sport where it's the top end of town. These are also people who are investors, they're looking at the market, they're looking to do business in other places around the world. So it's an opportunity for us to showcase ourselves."

Meanwhile, Team New Zealand benefactor and chairman Sir Stephen Tindall remains tight-lipped on whether his financial support will continue through to the next America's Cup series.

He said he had put in a lot of money over the past few years and would make sure there was a proper handover for other funders who might be interested.

"I'm always going to be there to make sure the team gets to the next phase. But whether I hang in there to the same degree or not, so far I'm not sure."