"We're on top of the world." Team New Zealand helmsman Peter Burling, 26 - the youngest person to win the race for the America's Cup - put it nicely after comfortably beating Oracle Team USA in the dash for the Auld Mug today. 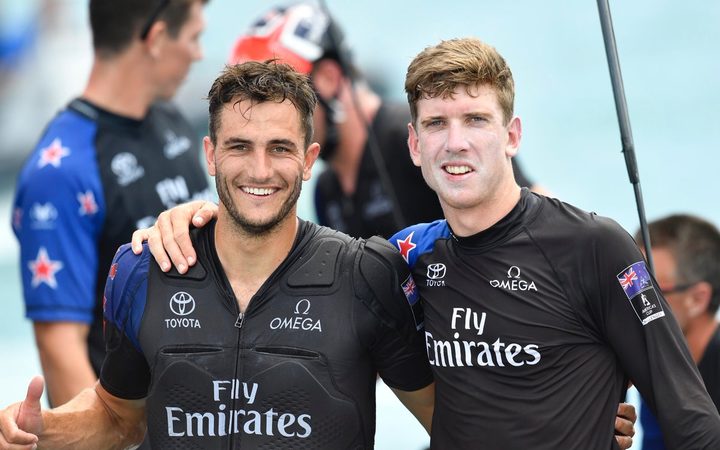 His syndicate won this morning's first race in Bermuda to give it an emphatic 7-1 win over the holders.

The victory quells the nightmare of four years ago when Team USA's Australian helmsman Jimmy Spithill and his crew turned an 8-1 deficit against Team New Zealand into a 9-8 victory and a successful defence of the oldest trophy in international sport.

Both catamarans started side by side on the start line today, but the Americans got to the first mark with a three second advantage over Team New Zealand.

Look back at RNZ's live coverage of the winning race and reaction here.

By the time they reached the end of the second leg, the New Zealanders had turned their deficit into a five second advantage after getting on the inside of Team USA.

Halfway through the third leg, Team New Zealand had extended its lead to over 100m as its superior boat speed in light winds got the better of Spithill.

At the top of the third leg, it had extended to 26 seconds, close to 250m, even though both boats were averaging speeds just over 21 knots.

At gate four, the New Zealanders were 35 seconds ahead by but by the next gate that was cut to 26 seconds after a slightly sloppy gate entry from Burling.

On the final downwind leg, Team New Zealand put the pedal to the metal and ended with a whopping 350m lead and a 55-second victory. 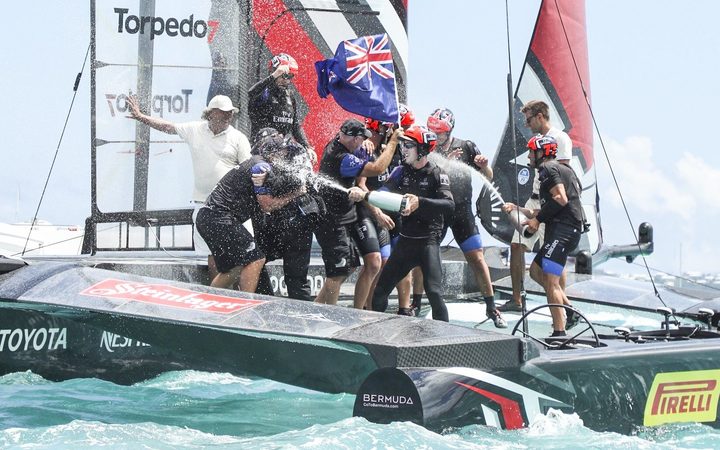 Burling was elated following the win.

"It's just unreal. It's exactly what we came here to do and we're just on top of the world.

"It's been three years of hard work from so many people in this team and this exactly what we came here for."

It was heartache for Team USA's helmsman, Spithill, who fought back the tears while being gracious in defeat.

"What a series. [They] made fewer mistakes and they fully deserve it, so our hats are off to them.

"You've really got to give credit to what an incredible job they've done but let's not forget they also sailed very, very well."

Team New Zealand CEO Grant Dalton said the team had battled serious adversity and had to think outside the square.

"After [the defeat in] San Francisco we knew we couldn't outspend them [Oracle].

"If they outspent us five to one, if they needed to go to seven to one they would, so we had to out-think them."

San Francisco taught the New Zealanders they were out-designed and they had to "throw the ball out as far as we can and see if we and get to it " and have no restriction on design," he said.

"And just see what we can do here."

It's the first time New Zealand has held the Auld Mug since 2003.